At least 15 companies are expected to operate in the cluster 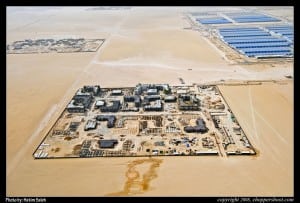 Dubai: Dubai Industrial City, a member of Tecom Investments, announced the launch of a Halal Cluster on Sunday at a press conference held during Gulfood 2014, a week-long food and beverage exhibition taking place at the Dubai World Trade Centre (DWTC).

The cluster is launched in collaboration with the Dubai Islamic Economy Development Centre, Emirates Authority for Standardisation and Metrology, and Dubai Municipality.

“In line with Dubai’s vision of becoming an Islamic economy hub, we at Dubai Industrial City have developed a unique offering with a Halal Cluster, dedicated to manufacturing and logistic companies from food and beverage, cosmetics and fragrances and personal care sectors,” Abdullah Belhoul, CEO of Dubai Industrial City, said. The Islamic economy’s major sectors include Islamic finance and insurance, halal food, Islamic values influenced travel, clothing, pharmaceuticals and cosmetics, and media recreation.

Covering an area of 6.7 million square feet, the Halal Cluster is expected to attract at least 15 companies, particularly from the Gulf Cooperation Council (GCC) and Middle East and North Africa (Mena), according to Belhoul. Companies can sign up within “a few months,” he added.

According to him, the cluster will have a fully separated industrial block, warehouses and showrooms, and accomodation.

Muslim consumers spend over $1 trillion on food and more than $26 billion on cosmetics and personal care products, expected to increase to $1.6 trillion and $39 billion respectively over the next five years, Belhoul said.

In the GCC, the food market is worth $85 billion, he added.

Dubai will soon have a new International Centre for Halal Food and Product accreditation in compliance with the Islamic law, announced earlier this year.

The centre will undertake tests for halal food and other products to ensure that they are free from any chemical or artificial additives which do not comply with Islamic Law, according to Hussain Nasser Lootah, Director General of Dubai Municipality.

Farah Al Zarooni, Director of ESMA, said, “Standards are fundamental for removing international trade barriers and hence provide vital support to strengthen the national economy. I am glad that ESMA’s strategic plan (UAE Scheme for Halal Products) is already in alignment with the vision of His Highness Sheikh Mohammed bin Rashid Al Maktoum and I am sure that Dubai will soon become the economic capital of Islamic Economy and set one more example of success of translating the dreams into reality.”

The press conference concluded with a speech by Amina Ahmed Mohammed, Director of Accreditation Department at Dubai Municipality, who spoke at the conference about the execution aspects related to lab testing, and which will help investors looking to operate from Halal Cluster in Dubai Industrial City.