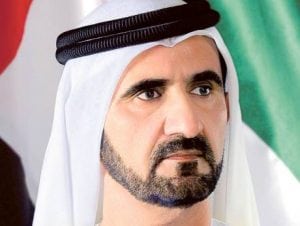 Dubai: In his capacity as Ruler of Dubai, His Highness Shaikh Mohammad Bin Rashid Al Maktoum, the Vice-President and Prime Minister of the UAE and Ruler of Dubai, has issued Decree No (24) of 2018 appointing and replacing members of the Board of the Dubai Islamic Economy Development Centre (DIEDC).

According to the decree, the chairman of the board of the Awqaf and Minors Affairs Foundation, who is currently Essa Abdullah Al Ghurair, will replace Hussain Ahmad Al Qamzi; while the director-general of Dubai Municipality, which is currently Dawood Abdul Rahman Al Hajiri, will replace Hussain Nasser Lootah. In addition, the director-general of the Dubai Airport Free Zone Authority (Dafza) has been appointed a member of the DIEDC board. Dafza’s current director general is Mohammad Al Zarouni. The newly appointed members will serve out the remaining term of the existing board, which was formed as per Decree No (5) of 2017. Under this decree, the board had a renewable term of three years.

The new decree is effective from the date of issuance and shall be published in the official Gazette.