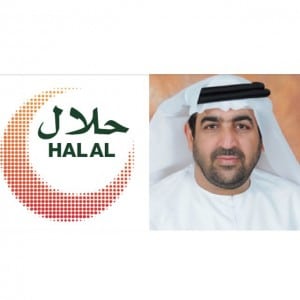 Abu Dhabi, 25th October, 2014 (WAM) — The Emirates Standardisation and Metrology Authority (ESMA) has launched the ”Halal National Mark” as part of the U.A.E. Scheme for Halal Products to regulate and certify the Halal industry and its various products. The ESMA grants the Mark indicating that the product, service and production system was in conformity with the approved requirements.

Dr. Rashid Ahmed bin Fahad, Minister of Environment and Water, and Chairman of ESMA, said that the ESMA, as the exclusive owner of the Mark’s intellectual property rights, had also rolled out the mandatory U.A.E. standard (technical regulation) and had registered the Mark’s logo with the Ministry of Economy.

”The certification mark was launched as part of the U.A.E. Scheme for Halal Products which will be mandatorily applied as per the resolution No (10) issued by the Federal Cabinet in 2014,” the minister said.

According to the regulation, the Halal certificate is a document certifying that the product, service or their respective schemes are Shariah-compliant. This includes Halal slaughtering certificates, certificates of establishments, farms, slaughterhouses and facilities classified as ‘Halal,’ certificates of raw food materials, food additives, ingredients with meat derivatives, extracts, as well as animal smells, gelatine, fats, oils and their derivatives.

The minister noted that the U.A.E. Scheme for Halal Products is the first of its kind at the Arab and Gulf levels and supports a strategic initiative launched by Vice President and Prime Minister and Ruler of Dubai His Highness Sheikh Mohammed bin Rashid Al Maktoum for developing the Islamic economy sector and making Dubai the ‘Capital of Islamic Economy.’