Skip to content
Gulf News
Many operators in food and beverage sector continue to struggle as retail supply outpaces growth in demand
Dubai: Nearly half of the UAE’s restaurants and cafes expect their sales to decline further in 2018 due to oversupply, according to a new report from consultancy KPMG released on Tuesday. 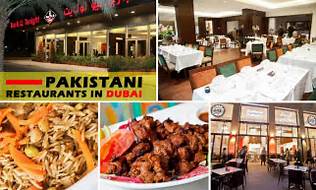 Despite the fact that people continue to spend the same amount on food and drink as last year, the report highlights how many operators in the food and beverage (F&B) sector continue to struggle, as a direct result of retail supply outpacing the growth in demand. Even though the same amount of money is being spent, the number of choices has increased, and thus the pool has become diluted, affecting sales.“This will continue for the next 12 to 18 months,” Anurag Bajpai, head of Retail at KPMG in the Lower Gulf, said at a media briefing event yesterday.This increase in supply is leading to an increase in competition.

The report indicates that if overnight visitors are considered, Dubai has a greater number of outlets per million than New York.

According KPMG’s report, the past 12 months have been testing for operators.

“Sixty-five per cent have seen a decrease in like-for-like sales compared to last year, which was also tough,” Bajpai said.

Nevertheless, the senior executive said, consumer spending continued to be robust, with people eating out as often, if not more, than they were last year.

The same was true for consumer spending: Dubai’s residents and tourists were spending as much, if not more, as they were in 2016.

“It’s a dynamic market as far as consumer spend is concerned, but a lot of operators are not feeling this dynamism,” Bajpai said.

He added: “They’re finding it tough.”

While F&B used to only account for 20 per cent of new retail supply, it now makes up around 25 per cent, according to the report.

In terms of margins, fast-food operators are being squeezed the most, with margins of only 5-12 per cent.

Fine dining is in the best position: High-end restaurants enjoy margins of around 25-35 per cent of revenue.

This is important, especially with the introduction of value-added tax in 2018, which will see all meals increase in price by 5 per cent.

Some restaurants will be able to absorb this so as to not pass the added cost on to their customers. However for fast-food operators, it will squeeze already tight margins.

On how the tax will affect businesses, Bajpai said: “Operators believe VAT will have a marginal impact on consumer spend. It will be a temporary impact, and in due course, and short term, the spend will come back.”

Elsewhere, disruptive technologies such as Deliveroo and UberEATS are turning up the heat on operators.

The report from KPMG suggests that in the past, technologies were simply enablers of restaurants and cafes, allowing people to find them, or read reviews about them.

Consumers are playing an active part in the online food revolution, with 60 per cent indicating they use a food app on their smartphones.

KPMG argues that operators must view these apps as a new, complimentary channel to the traditional model of reaching consumers, and not a competitive threat.

Ultimately, the report concludes, “the economics of the business have changed in current times and a strong control over costs, while managing customer experience, will be critical to achieving the right financial outcome.”