By Melanie Swan – The National/UAE

AL AIN // Make-up, desserts and medicines containing halal camel gelatin could soon be on shelves through the work of a team of researchers at UAE University. 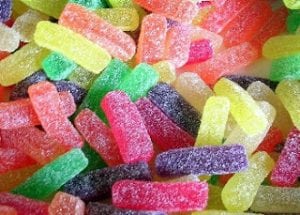 Around half of the gelatin used in dairy and meat processing and confectionery is sourced from pig skin, making it unsuitable for the halal food market. The rest comes from cattle bones, but fears over the spread of Bovine Spongiform Encephalopathy or mad cow disease has led researchers to look to camels as an alternative source.

“The development of gelatin alternatives is highly desirable to food processors as the global market for halal certified food is growing rapidly,” said Dr Maqsood. “To date, however, few alternatives are available. In the UAE and other Arab countries, camels are abundant. They can be a potential source of halal gelatin. Until now, gelatin from camel by-products does not exist and there is no detailed study being conducted on extraction and characterisation of gelatin from camel by-products [mainly skin].”

Dr Maqsood said the number of camels being slaughtered has increased over the last decade; 168,000 were slaughtered in UAE between 2000 and 2013, with that figure reaching 2,568,266 for the same period globally.

“There is a huge potential in using camel skin as an alternative raw material for a halal source of gelatin,” said Dr Maqsood, whose research is being supported by UAEU’s University Programme for Advanced Research.

“Since the camel is a symbol of the Arab world, it is expected that the development of halal gelatin from camel by-products will contribute in solving the issues pertaining to adulteration of non-halal sources of gelatin in the food being produced and imported to UAE and other Muslims and non-Muslim nations alike and will boost the halal food industry in the UAE,” he said.

The major challenge is to optimise the pretreatment and extraction conditions for obtaining high quality gelatin, he said.

“Camels can thrive in hot arid regions where the temperatures cross 50 degrees, therefore exploring camel skin as a potential source of gelatin seems to be interesting, as the collagen, the parent protein for gelatin, in camel skin, might be different to other animals,” making it an alternative for both food and pharmaceutical application.

Such is the need for halal gelatin, that The International Islamic University of Malaysia and the King Saud University in Saudi Araba are collaborating to produce it.

Dr Hosam Habib, an expert in human nutrition who carried out detailed research on the health benefits of camel milk while at UAEU before moving to Alexandria University, said camel gelatin will be used not just for food but in areas such as pharmacology and cosmetics.

“Gelatin from camels will be more accessible now because of the increase in camel meat production,” he said. “There is still a lack of information about the nutrient content of camel gelatin, which needs scientific work to determine the nutrient content compared with other kinds of gelatin.”

Mother of three Maha Rasheed said more options for people who only eat halal food is a good thing. “So much is produced with non halal gelatin, not only food, but medicines and cosmetics, that it’s good to think there may be more choice out there for us. Halal is a huge market internationally so it makes sense to develop more alternatives.”