Deloitte and Noor Telecom, a Kuwait-based, Shari’ah-compliant closed-shareholding company, have collaborated with Dubai Islamic Economy Development Center (DIEDC) for the compilation of a report that highlights the untapped potential of the Digital Islamic Services market and offers key recommendations for realizing Dubai’s vision of emerging as the capital of Islamic economy.

Abdulla Mohammed Al Awar, CEO, DIEDC said, “The Digital Islamic Economy is a key pillar and area of focus for DIEDC and the Islamic world. We are pleased to extend out patronage to the study as part of our ongoing commitment to augmenting Dubai’s leadership in this area. The report underscores the criticality of building a sound digital infrastructure and ecosystem to foster the development of online services for the Islamic economy.”

The report indicates a wealth of opportunities that could be tapped into by investors, as well as governments and non-profit organizations. 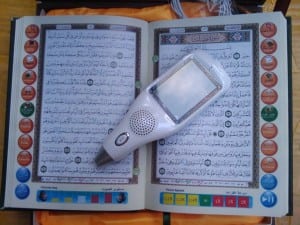 Ayman Al Bannaw, Chairman and CEO, Noor Telecom said, “Technology is arming us with tools that are far more powerful and effective than anything in the past – the impact of which is fully evident in the Muslim community. By observing and following this trend, we have identified a strong need for Digital Islamic Services.”

The study builds and expands on Deloitte’s previous report ‘Defining the Digital Services landscape for the Middle East’, which identified digital services under social needs, specifically hobbies, education, health and religion as emerging categories with unique niches for the Arab world. Of these, religion was identified as the category with the greatest prospects that could surge with continued activity and development.

Santino Saguto, Partner and Technology, Media and Telecommunications Leader, Deloitte Middle East, said, “Although the prospects are noteworthy, our findings reveal that very few Islamic internet platforms have achieved a significant scale. Some verticals are being catered to, but monetization remains a challenge. Currently there are no venture capital funds in the Middle East that specifically target Islamic needs, signifying a huge gap that could and should be filled.”

Dr Hatim El Tahir, Director, Deloitte Islamic Finance Knowledge Center in the Middle East, said, “The report findings indicate that the Islamic online services will continue to proliferate across the Middle East and the world at large over the next few years. In some areas we can expect to see the region following global trends whereas in others we will see a unique, homegrown approach. We expect these developments to create interest for global, regional and local players and stakeholders alike.”

The report defines the Digital Islamic Services landscape under nine key industry verticals and areas, which constitute the pillars of the global Islamic economy online.

There is increasing demand for healthy Halal organic food both in the Muslim as well as non-Muslim segments. A growing need for transparency and tracking mechanisms is driving digital opportunities across the value chain. Most digital examples in Halal Food are emerging from the diaspora markets (e.g., USA, France, UK) to address the difficulties faced by Muslim minorities who may not have easy access to these products, as is often the case for Muslim consumers from traditional OIC countries. However, there is still a large gap in ‘Farm-to-Fork’ (F2F) tracking as supply chain transparency remains an issue for retailers and Muslim consumers who wish to track the original source of their supplies.

There is a gap in the availability of Halal holiday amenities and services as Sharia-compliant travel is a fairly new concept. The most pervasive digital services seen in this vertical are online bookings, ratings and accreditation platforms and also tourist smartphone applications. In particular, the strongest demand has been seen for travel mobile apps, stemming from their utility and ability to be used on-the-go. Structurally, the digital market is mainly occupied and driven by a small dedicated segment of players. However, global tourism players and online travel giants have started to enter the market through partnerships and alliances.

The Islamic Finance industry has made significant progress over the past decades but the sector has still to mature. This is evident when comparing the total asset size per capita of all Islamic banks globally, $750 per capita, against conventional banks in key economies, each larger by a factor of 100 or more, a considerable gap. At least two decades will be needed to bridge this gap. Given ample room for growth and development, populous OIC countries – most notably Turkey, Pakistan and Indonesia – are also now emerging as high growth Islamic finance markets. But low asset penetration and GDP per capita in these countries is driving the need for access to digital Islamic funding services, especially those that can open up access to financing for the wider rural population (e.g., via micro-financing, crowdfunding, mobile payments).

The proliferation of Modest Fashion over the past decade has also coincided with the growth of digital services across the world. This has helped modest fashion designers to set up low-cost shops online, engage with consumers directly through social media, market themselves through online blogs and magazines as well as build their own business network and knowledge base on the internet.

Compared to the overall market, Islamic Art and Design still make up a very small segment, with the former accounting for a 0.1-0.2 percent share of the global art market. However, it has shown tremendous sales growth of 22 percent per annum since 2001 to reach nearly US $78.9 million in 2011. Global interest in art is reflected in digital platforms, including online sales. The Islamic A&D market is fragmented but growing. Increased online activity is driving a need for more specialized services related to valorization, online galleries and auctions.

In the digital space, the Islamic Economy Education vertical is largely underdeveloped. As with the offline market, the main focus is in online Islamic finance courses with limited online platforms dedicated to the education arena. Over the past five years, online Islamic Finance curriculums have seen a surge following the rise of academic and professional programs. Digital services providers include conventional academic institutions, Islamic Finance focused universities, certification bodies as well as exclusive online education suppliers.

Deloitte estimates there are approximately 3.6 million mosques around the world, which translate to around 500 Muslims for every mosque. With a 1.3 percent per annum growth, the number of mosques around the world is expected to reach 3.85 million by 2019. At a global level, there is a gap in the supply of mosques that are growing at a slower rate than the Muslim population. The concept of ‘Smart Mosques’ is still quite novel and in its infancy. The GCC region and countries in South East Asia are leading smart mosque initiatives, with very large scale mosque networks and portals. Western economies too have reportedly expressed interest (for instance, the EU and North America). Currently, these initiatives are funded by governments, particularly those that are more affluent. It is likely that this trend will continue, unless significant private sector donations can be generated to develop these initiatives. Special smart mosque initiatives will continue to emerge, but more on an experimental case-by-case basis.

With regard to digital Islamic Media, precise industry estimates vary, but there has been significant growth in activity. For instance, in order to address the rising demand for Islamic Media content, there has been a surge in entrepreneurship. Although there is much activity in this space, digital Islamic media as an industry vertical is still very much fragmented. Aggregation sites are not leveraging as much traffic as they can from the vast Muslim population compared to mainstream global platforms such as YouTube, which also display popular Islamic content. Islamic content consumption is currently driven by the diaspora and aggregators are generally more active in North America compared to other areas of the Muslim world. Many ventures are being developed – however, there is, till date, no leading global aggregator.

From a digital perspective, the Islamic Standards and Certifications area is untapped, with very few online players. The largest and most obvious need is for online platforms that can be used to facilitate accreditation, certification and verification processes. Given the confusion around Sharia-compliant standards and the lack of online information, the development of a regional and global accreditation and certification guide for Islamic economy professionals is gap that needs to be addressed. From a public service value point, the creation of a global portal of information on Islamic standards and a consumer online feedback reporting mechanism can also support the enforcement and integrity of Sharia-compliant standards. Currently, the focus is on the implementation of technology that ensures Halal-compliant food preservation and packaging technologies. The use of technology for Halal traceability is still limited.