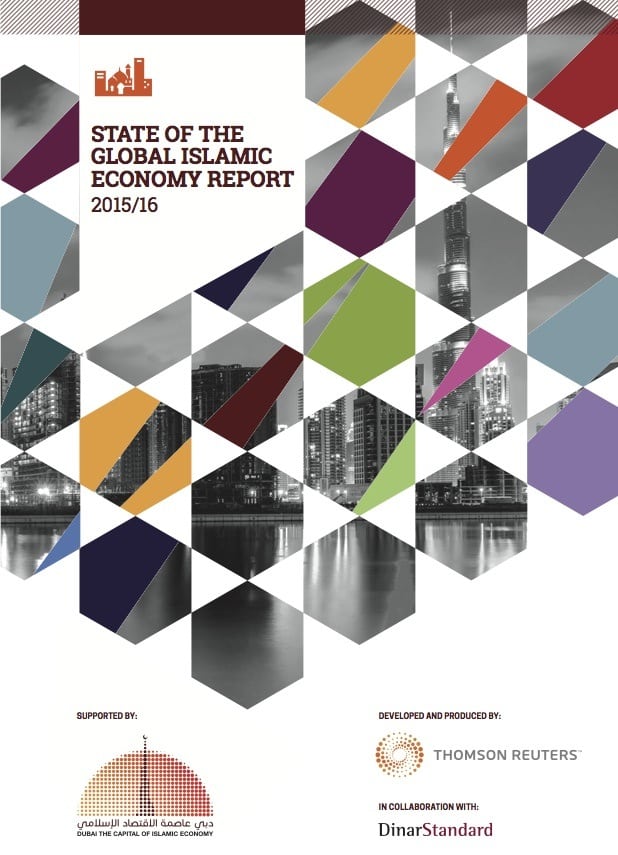 His Excellency Mohammed Abdullah Al Gergawi, Chairman of the Board of Dubai Islamic Economy 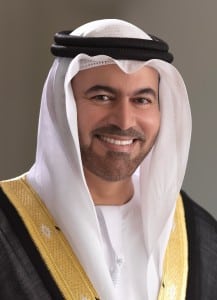 Development Centre (DIEDC), said: “The Islamic economy is one of the fastest growing sectors in the world, with the Islamic economy growing at nearly twice the rate of the global economy and Muslim consumer spending exceeding $1.8 trillion. Islamic banking assets hover at some $1.3 trillion and are expected to double in just five years from today.”

His Excellency Al Gergawi added, “Developing the Islamic economy is not limited to Islamic banking and finance, which constitutes an important part of this economy, but spans seven key sectors forming the true pillars of an economy that is expanding while the world’s Muslim population continues to outgrow others. For example, total spending by Muslims on Halal food and beverage annually exceeds $1.1 trillion, which is equivalent to the combined spending of India and China.”

His Excellency noted, “Studies are showing similar interest and solid growth in Sukuk, as well as the Islamic finance sector, which is estimated at $1.8 trillion globally and expected to grow by 75 percent in the coming five years.”

“The latest SGIE Report we have developed with Thomson Reuters indicates that Muslims spend $142 billion on tourism, with the GIEI ranking the UAE as having the second best positioned Islamic economy (following Malaysia) for serving the family-friendly tourism sector among the 73 countries covered by the indicator,” His Excellency Al Gergawi concluded.

DIEDC stated that the third edition of the report on the State of the Global Islamic Economy (SGIE 2015-2016) revealed data that highlight the significant progress achieved by the Islamic economy in its seven sectors, and the promising opportunities offered by Islamic markets worldwide. 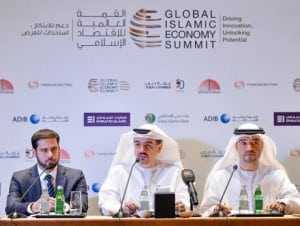 A key initiative of DIEDC since its inception in 2013, the report aims to position Dubai as a trusted international resource for research in line with Dubai’s aspiration to emerge as the global capital of Islamic economy. Commissioned by DIEDC and published in partnership with Thomson Reuters in collaboration with DinarStandard, the 2015 edition of the report highlights Islamic economy as one of the fastest growing sectors in the world. Indeed, the Muslim population is growing at twice the rate of the global population, and Muslim consumer spending across the different sectors of the Islamic economy is expected to reach AED 9.55 trillion (US$2.6 trillion) by 2020, compared to AED 6.6 trillion (US$1.8 trillion) in 2014.

The report was released at a press conference held today at the Ritz-Carlton Hotel, , which was hosted by representatives from DIEDC, Dubai Chamber, and Thomson Reuters. The three entities are the organisers of GIES 2015 that will run from 5-6 October in Dubai, under the patronage of His Highness Sheikh Mohammed bin Rashid Al Maktoum, Vice President and Prime Minister of the UAE and Ruler of Dubai.

Commenting on the launch of the report, His Excellency Essa Kazim, Secretary General of DIEDC said: “We are confident the trillion dollar industry will continue to drive innovative ideas for future investments and help enhance competitiveness across the world to create new avenues for the growth of the whole ecosystem. The State of the Global Islamic Economy Report and Index 2015 can serve as a roadmap for a world of future opportunities that investors globally can tap into.

Abdulla Mohammed Al Awar, CEO of DIEDC said, “With the launch of this report we reinforce our position as a reliable research reference in Islamic economy. We are pleased with the positive results revealed by the SGIE 2015 and the promising indicators on the sectors’ growth. The report is considered today a reference to those that are interested in investing in different markets that are releated to the Islamic economy.”

Commenting on the insights, Hassan Al Hashemi, Vice President of International Relations at Dubai Chamber, said, “These impressive growth figures point towards opportunities within a multitude of sectors in the coming years. This is the right time to be discussing ideas and crafting a roadmap of how to better serve Muslims across different geographies, seize the opportunities and in turn, further grow this market.”

Commenting on the report, Mustafa Adil, Acting Head of Islamic Finance at Thomson Reuters, said, “The SGIE 2015-2016 report will provide an in-depth picture of the sectors contributing to the phenomenal growth of the Islamic economy, from outlook to key trends, this is effectively a guide for entrepreneurs and businesses to help them better understand the market in different regions and make informed choices and decisions.”

At a time when the global economy recorded growth of just 2.6 percent in 2014, with growth estimates increasing to 3.1 and 3.3 percent in 2015 and 2016 respectively, the Islamic economy is seeing steady expansion overall, particularly in Islamic banking and finance as international financial institutions increasingly look to apply Sharia-compliant financial practices to investments that meet requirements for sustainability and economic development. Meanwhile, the abundance of Islamic assets and wealth have led to greater interest in sukuk issuance from investors seeking fixed returns with lower risk over the long term.

According to the report, 2015 has seen a number of emerging trends across the different sectors of Islamic economy. In the halal food sector, where Muslim consumer spending reached US$1.1 billion in 2014, new partnerships were formed between countries like Malaysia and South Africa as well as the UAE and South Korea. Further corporate sukuk issuance in Malaysia and the UAE has helped maintain the positive momentum in the Islamic finance market, which grew to US$1.8 billion in 2014. This growth has been supported by regional initiatives such as a joint venture between Bahrain and the UAE and the launch of Cameroon’s Afriland First Bank’s Islamic window.

The report also covers emerging trends in the areas of halal fashion – which in 2014 boasted a predominantly Muslim market size of US$230 billion, as well as tourism, media and recreation, pharmaceuticals and cosmetics.

Amidst these findings, GIES 2015 will host more than 60 international speakers across 15 sessions, and convene over 2,000 policymakers, thinkers and business leaders. The summit will examine the changing dynamics of Islamic economy and the momentum Islamic sectors such as halal food and halal fashion are gaining on both regional and international levels. Innovation is a key area of focus this year, anchoring the discussion for a number of panels around halal tourism, halal industry and Islamic digital economy, as well as the Innovation4Impact competition.

To register for GIES 2015, visit http://www.giesummit.com/en/gie-summit/

The purpose of the Global Islamic Economy Indicator (GIEI) is to show the current development health of Islamic economy sectors. The GIEI is a composite weighted index comprised of six sector level indicators (Halal Food, Islamic Finance, Halal Travel, Modest Fashion, Halal Media and Recreation, and Halal Pharmaceuticals and Cosmetics) across 73 core countries. The Indicator is not a ranking of current size and growth of each market, but evaluates the quality of the overall Islamic economy ecosystem including social considerations each has relative to its size.[1] The ranking is weighted towards Islamic Finance and Halal Food ecosystems given their relative sizes to other sectors. Top countries vary per sector reflecting relative strengths in each of the sectors covered in this Report. Malaysia, UAE and Bahrain continue to lead this composite index, standing out as having the healthiest Islamic economy ecosystem a country has relative to its size.

A total of 73 countries were evaluated that included 57 OIC and 16 non-OIC countries. To evaluate the health of the GIE ecosystem per country, each sector was evaluated based on the following key metric categories, which were equally weighted: 1) supply/demand drivers relative to country size, 2) governance, 3) awareness, and 4) social considerations. (The governance criteria did not apply to Fashion and Media and Recreation sectors.) A total of 49 metrics were utilised.