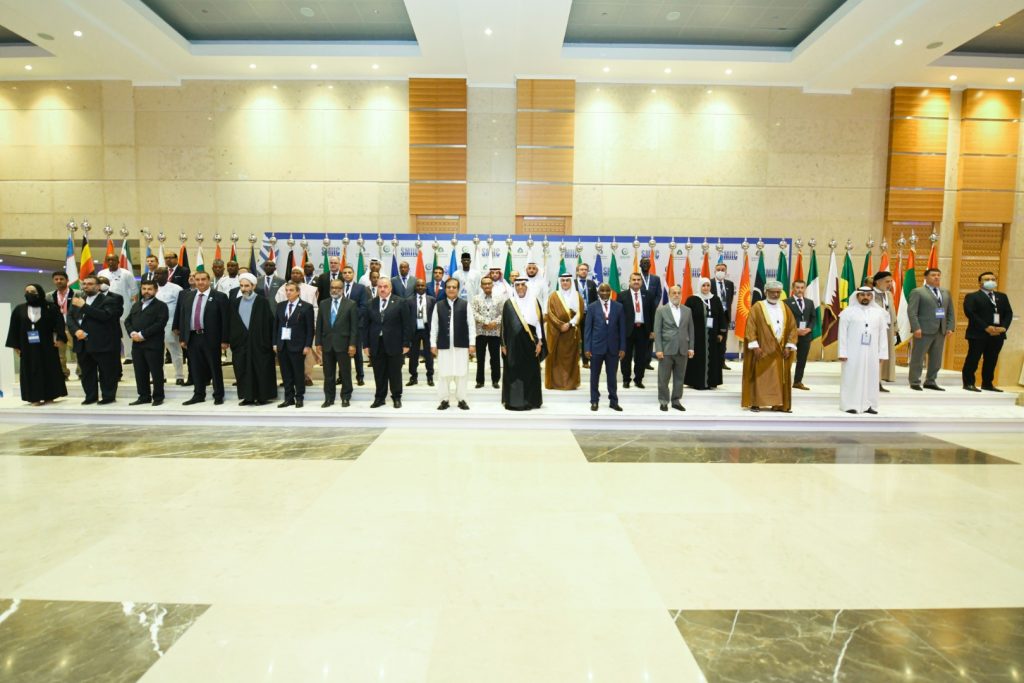 ABU DHABI — The UAE has won membership to the Standards and Metrology Institute for Islamic Countries (SMIIC), the Standardisation Management Council (SMC), and the Management of Accreditation Council (MAC) for the 2022-2024 session following elections during the 22nd meeting of the Institute’s Board of Directors (SMIIC/BoD) in Al Madinah Al Munawwarah, Saudi Arabia.

The majority vote is a reflection of the UAE’s regional and global efforts in the field of quality infrastructure, which is a key element in the adoption of advanced technologies in the country’s industrial sector. The quality infrastructure also serves to enhance production, expand its markets by increasing the competitiveness of Emirati products in global markets, and help establish an attractive business environment for investors.

The Ministry of Industry and Advanced Technology represented the UAE at the Board of Directors of the Standards and Metrology Institute for Islamic Countries (SMIIC), which concluded on November 2. The meeting sought to enhance cooperation between governments and regional and international organizations to secure joint Islamic action on standardization, which plays an important role in promoting economic and industrial growth, as well as maximise the benefits of intra-member trade.

The UAE delegation was headed by Omar Suwaina Al Suwaidi, Undersecretary of the Ministry of Industry and Advanced Technology, who stressed that the UAE’s election to the Council reflects the nation’s achievements in quality infrastructure at the regional and global levels, and underlines the international standing the UAE enjoys. He also said it underlines the role of “Operation 300bn”, the national strategy for industry and advanced technology that is responsible of developing the industries of the future, strengthening the knowledge economy and spreading the applications of the Fourth Industrial Revolution across the industrial sector.

Al Suwaidi added: “The UAE is always keen to participate in international organizations and gatherings specialized in quality infrastructure, given the importance of its role in removing technical obstacles to trade and unifying concepts of industrial production.”

“The meetings of the Standards and Metrology Institute for Islamic Countries came a few weeks after we successfully hosted the meetings of the 85th session of the General Assembly of the International Electrotechnical Organization in the presence of 88 countries, and before that the second session of the OIC Summit on Science and Technology, as the country leads efforts within the organization to strengthen partnerships in these sectors.”

Engineer Farah Ali Al Zarouni, Acting Assistant Undersecretary for the Standards and Legislation Sector and member of the delegation, confirmed that specifications, metrology, conformity and accreditation are all pillars of the quality infrastructure system, and play a fundamental role in serving the UAE’s industrial sector. The UAE’s membership, she said, reflects confidence in its standardization system and will also positively impact the capabilities of the UAE system and its role in enhancing the performance of the national economy.

She pointed out that developing and strengthening the quality infrastructure is one of the main priorities of the Ministry of Industry and Advanced Technology as it implements “Operation 300bn” and seeks to make industry a lever for the sustainable growth of the country’s economy in future decades. The entire system is supervised by the Ministry of Industry and Advanced Technology after incorporating the Emirates Authority for Standardization and Metrology and its responsibilities within the Ministry’s structure.

The conference heard a speech by Dr. Yousef bin Ahmed Al-Othaimeen, Secretary-General of the Organization of Islamic Cooperation, who called on Islamic countries to double their efforts to keep pace with the developments in the halal industry and halal products, which reached a total of US$7.2 trillion in 2020, and is estimated to reach about US$11.2 trillion by 2028.

The UAE is an international reference for the adoption of the Halal System, with the UAE Halal system playing a pivotal role in the Islamic economy. The UAE has previously sought to launch the Halal Platform initiative by hosting many countries to present experiences and highlight success stories. This is among the strategic objectives adopted by the Ministry of Industry and Advanced Technology to enhance the country’s position as a leading global destination for the industries of the future.

It comes at a time when the UAE is excelling in the halal industry, thanks to the vision of His Highness Sheikh Mohammed bin Rashid Al Maktoum, Vice President, Prime Minister and Ruler of Dubai.

The UAE ranks third among the top 15 countries in the Global Islamic Economy Index. The value of the UAE halal food and beverage market is expected to exceed AED20 billion (US$5.5 billion) by 2022 according to the State of the Global Islamic economy Report 2020-2021, which reflects the scale of the nation’s investment into the sector and its commercial opportunities.

The Standardisation Council is concerned with developing the standards of the Organization of Islamic Cooperation and the Center in coordination with its member states. It also supervises the performance of the technical committees, and liases between them, especially the committee responsible for the products and services sector, with a special focus on the requirements of member states when it comes to standard specifications, the facilitation of intra-trade among its members and any other activity determined by the Board of Directors.