Religious slaughter is under attack again this time from custodians of the legal system. The High Court has given 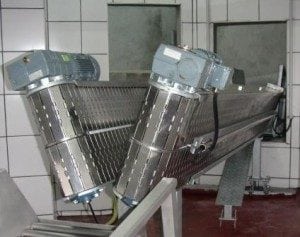 judgment in a case concerning the regulatory regime applying to Halal slaughter, and in particular the use of mechanical restrainers to restrain non-stunned sheep prior to slaughter under that regime.

The Claimant, an association of meat suppliers, challenged the government’s policy, set out in subordinate legislation, of requiring the slaughterman to be ready to carry out the killing “immediately” after the animal is placed in mechanical restraint. The Claimant argued that this was contrary to the welfare of sheep as a flock species, because its effect was to preclude the use of long restrainers, containing a line of sheep restrained together before slaughter.

The Court rejected the application for judicial review, holding that Defra had been entitled to consider that an immediacy requirement was appropriate in order to minimise the duration of restraint, itself a cause of distress to animals. Defra’s rule was lawful on a correct interpretation of the relevant EU Regulations.

Council for European Halal Consumers expresses its reservations on the recent, AIMS-v-DEFRA, Judgment of the Court of Appeal on the dismissal of the application of the Judicial Review of the AIMS in respect of the DEFRA’s interpretation of the European Rules on restraining animals within the Non- Stun meat producing industry.

Policy Director, Mohammed Saleem AKA Mr Halal, stated that this proves how biased the system has become where in the absence of any reasonable scientific evidence of causing stress or pain the producers of Traditional Halal Meat are being cornered by regulatory body to reduce production under the guises of Animal Welfare. He further stated that the judgment confirms out rightly that the Judge believes that non-stun meat is Controversial.

British Muslims have been subjected to increased exclusion and discrimination by State and the political leadership has been reluctant to raise voice or champion non-vote winning issues.

Chairman of the Council, Mr Masood Butt, has indicated to extend his help to the producers of Halal Meat to continue to challenge the recent decision further in the Supreme Court.

Council on the other hand has a remarkably successful day at the launch of its historical survey to assess the attitude of the British Public towards Halal Meat and shall be releasing the findings soon. Thousands of people took part in the survey at the Big John’s Mela in Cannon Hill Park this weekend.