When Eid al-Adha falls on the 23rd or 24th September, subject to confirmation from Saudi Arabia, Muslims in the UK will communally celebrate it. Eid al-Adha commemorates the prophet Ibrahim’s (Abraham) willingness to sacrifice his son to God, but then was given a sheep by God to sacrifice instead. The story is basically similar in the Bible and the Qur’an. This festival also marks the end of the Hajj pilgrimage to Makkah, which is when the Qurbani sacrifice is carried out as the final stage of the pilgrimage.

The 10 fold increase in demand for sheep and lamb to be sacrificed at the time of Qurbani has created a problem for Muslim communities in the UK, where they are not aware that the over 35% of the Qurbani’s  that are being performed here in UK are incorrectly done according to shari’ah law.

Guidelines have been produced by the Agricultural & Horticulture 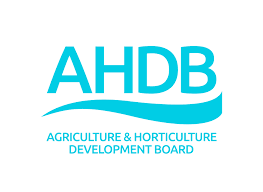 Development Board (AHDB) so that local authorities and consumers are aware that the Qurbani sacrifice can ONLY be performed after Eid-ul-Adha prayers, otherwise it is unlawful and cannot be classified as Qurbani. The time for Eid prayer begins 10 minutes after sunrise and their Qurbani can only begin AFTER the Eid prayer has been completed.

Therefore it is unlawful for any slaughtermen in any abattoir to perform Qurbani before the time of Qurbani begins or it will be unlawful. Research has found that some abattoirs and butchers shops due to the demand will sell Qurbani that have been slaughtered at a time before the Eid al-Adha Prayer.

The AHDB guidelines are supported by the 3 main UK Halal certifiers, and a senior Halal leading adviser to the Halal industry.

Moulana Yunus Dudhwala from Halal Monitoring Committee said, “For Muslims, Qurbani is the most important sacrifice of the whole year. Abattoirs and butchers must be vigilant and responsible in ensuring all the laws pertaining to Qurbani are adhered to, so that this important spiritual day is not ruined by intentional or unintentional wrongdoing.”

Saqib Mohammed Chief Executive Officer of Halal Food Authority said, “HFA encourages Muslims to fully abide by the Qurbani guidelines that are compiled by the AHDB in line with Islamic jurisprudence. We fully support Qurbani operations that are run under independent supervision and certification of appropriately qualified Islamic institutions with the motive of achieving transparency, traceability and excellence.”

Shaykh Tauqir Ishaq of Halal Authority Board said, “The Halal Authority Board is pleased to remind our fellow Muslims, especially Abattoirs and Butchers, to perform the sacred Qurbani after the Eid prayers and not before.  Those persons performing Qurbani before Eid al-Adha are doing so against the sunnah and thus against shari’ah.”

Halal industry adviser Mohammed Saleem said, “The Muslim community must be more vigilant as research has shown that over one in three Qurbani being performed in the UK are fraudulently done, this is a crime against Islam and the perpetrators of this crime should be prosecuted by the enforcement agency, though I doubt this will happen.”

Ruksana Shain of Behalal.org said that she applauds AHDB for taking steps to create these guidelines to alert Muslim consumers of the hidden fraud that maybe affecting them during Qurbani this year.

Norman Bagley of Association of Independent Meat Suppliers (AIMS) said that he welcomes the recent guidance on Qurbani by AHDB for lamb and beef to ensure that it is done in a correct and transparent manner for Muslim consumers.