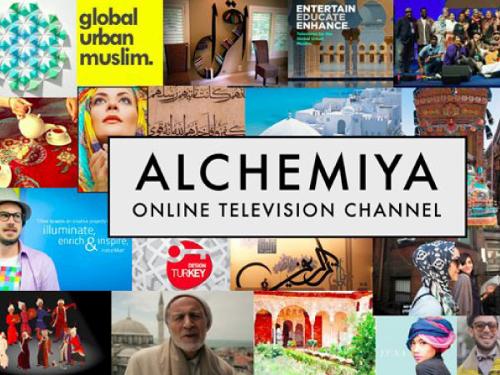 ALCHEMIYA may sound like some mysterious healing remedy concocted by an early Muslim chemist in Baghdad hundreds of years ago, but it’s not. Alchemiya is a contemporary, web-based viewing channel, dubbed ‘the Netflix for Muslims’; it is an online TV platform that projects the life of a Muslim. One of its goals is to change people’s perception of the Muslim world. Alchemiya aims to entertain, educate, and engage.

“As Muslims, we should be involved in informing and inspiring people, influencing change. Let’s start those changes from within. That is what we’re talking about when we talk about Alchemiya,” said Ajmal Masroor, chief communications officer of Alchemiya.

Commenting on this highly needed and unprecedented project, Ibrahim Hooper (communications director of the Council on American-Islamic Relations) said, “Because of the avalanche of negative comments about Islam and Muslims that we see in our daily lives, any initiative that offers a positive and accurate portrayal of ordinary Muslims can have a positive impact.”

The channel will launch in December, from the UK, with a highly experienced Muslim and non-Muslim staff working together for its success. Alchemiya can be accessed from a computer, laptop, tablet, or mobile phone. It has already garnered subscribers from the UK, Japan, Sweden, Australia, and the United States. Hamza Yusuf, a prominent American Muslim scholar, and Tariq Ramadan, a Swiss academic and writer from Oxford University, have endorsed the project.

The channel shows the side of Islam that most people haven’t seen yet, given the past anti-Islam track record of most media outlets.

The programs are about art, history, poetry, and architecture that have Islamic roots. It is about people, their culture, and their foods from the Syrian/Lebanese hummus to the Moroccan couscous. Viewers can watch programs about spirituality, charity, business, social change, travel, fashion, design, education, science, and so much more.

It is a platform that will showcase the best Muslim thinkers, artists, filmmakers, historians, and scientific inventors.

“Really, Alchemiya is about creativity, thinking, widening your horizons, reflecting, and finding Allah in fun and learning,” said Masroor.

The founder and CEO of Alchemiya, Navid Akhtar, has worked for over 20 years in the UK’s broadcasting industry, for the BBC, Channel 4, and other big names. He is bringing a lot of experience into this new venture, which he says is a business and media project, based on an ethical framework.

With an eye for excellent opportunities, even non-Muslims have come on board.

“The key thing from a business perspective is that with the development in technology, we can launch a station like this with so much less money than we were looking at a couple years ago. From the perspective of a non-Muslim, this really has the potential to go global. It is a lifestyle channel for 1 billion people,” said David Horne, chief financial officer of Alchemiya.

As for why the subscription is not free of cost, Akhtar told the Saudi Gazette, “We have seen a lot of free Muslim content and it has only resulted in low quality materials, which eventually fail because the projects cannot sustain themselves or hire skilled talent. To produce premium quality, we need to pay and work with the best talent. We aim to produce material that would engage a non-Muslim viewer too. Alchemiya can do that as most of our producers have been working with the BBC, Channel 4, and channels such as Discovery and National Geographic, and they understand the quality that needs to be presented.”

The project was born partly out of frustration with the current portrayal of Muslims and Islam in the media. During his decades of work, Akhtar said that his pitches to the British television stations, which he thought would show the Muslim world in a positive light, were rarely approved.

Four years ago, Akhtar began traveling the world and meeting people who shared his desire to produce high quality content that would appeal to the ordinary Muslim, and non-Muslim as well.

“I spoke to people in Kuala Lumpur, Abu Dhabi, Istanbul and San Francisco — everybody gets this. They said do it, make it happen,” Akhtar said.

Baraka Blue, a popular American, Muslim hip-hop artist is equally eager to discover more about the beauty of the Islamic world.

Blue said, “Too few people associate Islam with beauty, which is ironic because it is the civilization that birthed the world’s greatest mystical poets like Rumi, architectural marvels like the Alhambra and the Taj Mahal, perfected calligraphy and wove geometric forms into its places of worship to encourage reflection on the elegance of the universe.”

Tired of flipping through television channels and finding programs that are either dull and boring or morally degrading, you may want to tune in to Alchemiya. It is a good, clean entertainment venue for the whole family.

Alchemiya is a platform founded upon values of peace and goodness for all. What singles it out from other media productions, is its content, its ability to touch people and to create positive and productive transformation. The purpose is to provide a spiritually uplifting and entertaining experience that will enhance your life.