Islamic finance has already made its presence felt in the UK 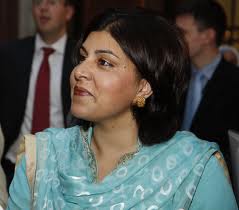 Dubai: On her visit to the UAE to promote London as a hub for Islamic finance, Senior Minister of State at the UK’s Foreign and Commonwealth Office Baroness Warsi welcomed Dubai’s initiative to be the global centre of Islamic economy, saying that the two countries “absolutely” complement each other in this regard.

“There are quite unique characteristics in the Dubai market [as well as] the London market which give the synergy for this relationship to succeed,” said Warsi, during an exclusive interview yesterday at the Dubai International Financial Centre. “We do see in many ways Dubai being the gateway to large sections of the Muslim world and I think Dubai sees London as a gateway to large section of the rest of the world.”

London is hosting the World Islamic Economic Forum (WIEF) in late October and it will be the first non-Muslim country to host the conference. Dubai will follow next year as the host of the WIEF, according to Baroness Warsi, who said that an official announcement will be made next month in London.

The city’s position as of the top two financial centres of the world can offer to Islamic finance a global connectivity that it now lacks.

“Ultimately, Islamic finance market mustn’t sleep,” she said. “That is [possible] when it [becomes] an international 24 hour-seven days a week market. That will only happen if we have Islamic finance being incredibly successful in different time zones. Dubai and London again complement each other.”

Islamic finance has already made its presence felt in the UK, not just with the funding of the Shard and the Olympic Village but also through its expanding banking network. There are now 22 banks in the UK which offer Islamic products and five of them are fully Sharia-compliant. Until now banks in the UK have issued 37 sukuk raising $30 billion (Dh110 billion), all listed on the London Stock Exchange.

The Baronness said that with Britain having an infrastructure and regeneration plan in place with projects already listed, she believes some of these could be wholly or partially funded through a Sharia-compliant finance vehicle. Her talks in the UAE, she added, has helped her to learn how that can happen and to look at the challenges that need to be overcome to make that happen.

“I can tell you absolutely that the political will is there to see the day when a UK infrastructure project is going to be funded by a Sharia compliant finance vehicle,” Warsi said. While extending the hand of cooperation in the common endeavour of promoting Islamic finance, Dubai Chamber of Commerce and Industry second Vice Chairman Hesham Abdullah Al Shirawi told Gulf News that London’s success as a hub for Islamic finance is only adds strength to make Dubai the capital of the Islamic economy in the world.

But he added that he welcomes competition between the two emerging Islamic finance centres, but a “healthy one.”