Top Scholars, politicians and motivated religious leaders from across the UK will gather in Birmingham this Saturday to kickstart plans to defend the prophetic method of Zabihah.

The Association of Non Stun abattoirs has congratulated participants of a ground-breaking meeting due to be held at Birmingham Central Mosque this Saturday 2nd June.

In a bold new initiati 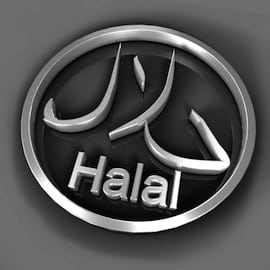 ve intended to bring together committed defenders of Muslim Religious Slaughter (known as Zabihah, the Prophetic method of unstunned Halal) and pool resources in order to present a united front, major national Muslim representative organisations including the Birmingham Central Mosque, the Association of Non Stun Abattoirs, the Muslim Council of Britain, the Bradford Council of Mosques and many other organisations and individuals are gathering to hammer out a joint strategy to protect the Muslim community’s right to true halal.

Mohammed Saleem, Policy Director of ANSA, said: “This gathering of Ulama and leaders has been overdue. It is time to bring together those who truly believe in the true Prophetic method of Zabihah, and work out how we are going to protect this fundamental right of Religious Freedom, which is under a very real threat and undermines our very way of life.

We hope that by gathering all the representatives and scholars from across a diverse range of backgrounds and denominations, we can agree a joint strategy for protecting true unstunned Halal. There is some noise being made about mechanical slaughter; the truth is, most Muslims have moved on from that and are now demanding true unstunned Halal. This is the debate we need to have, this is the actual issue.”