By the National Secular Society

There is significant support for mandatory labels for meat from animals slaughtered without stunning, a government report suggests.

The report published this week found nearly 97% of responses to question in a Department for Environment, Food & Rural Affairs (Defra) consultation on labelling said the government should introduce mandatory labelling for meat to indicate the method of slaughter. There were over 1,400 responses to this question.

The National Secular Society also supported mandatory labelling for non-stun slaughtered meat in its response to the consultation last year. 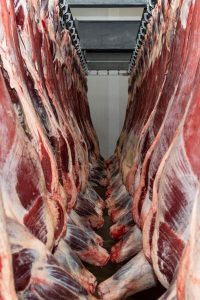 Defra said many respondents argued there was a need for mandatory labelling on meat to indicate whether the animal had been stunned prior to slaughter so consumers can “make informed purchases in line with their values”.

Some asserted consumers’ right to avoid purchasing non-stun meat “out of concern for animal welfare”.

Animal welfare legislation requires all animals to be stunned before slaughter to minimise avoidable pain, distress, or suffering. The only exemption is for religious communities to meet Jewish and Muslim religious dietary preferences for kosher and halal meat. The religious exemption has been widely criticised by secularist and animal welfare organisations.

Despite the majority of Brits supporting an end to religious exemptions for stunning, there is no legal requirement for meat from animals slaughtered without stunning to be labelled as such.

All animals killed for kosher meat are slaughtered without stunning. While the majority of animals slaughtered for halal meat are stunned, a significant proportion are not.

Some parts of animals killed by Jewish ritual slaughter methods (shechita) are not themselves regarded as kosher and are sold on the general market unlabelled. It has been estimated that less than half of the meat from animals slaughtered by shechita is sold in kosher shops, according to the RSPCA.

Additionally, figures published by Defra last month found over half of all cows slaughtered by shechita during a survey were rejected as not meeting religious requirements but “fit for wider consumption”.

Some respondents who opposed labelling to indicate the method of slaughter “voiced concerns that labelling might present problems for Kosher and Halal supply chains”.

Defra concluded “there is public appetite for improved welfare labelling” to help overcome barriers to purchasing products produced to high welfare standards. It said the government will “co-develop proposals for labelling welfare standards with stakeholders” prior to a further consultation in 2023.

NSS head of campaigns Megan Manson said: “The overwhelming support for compulsory labelling of slaughter method for meat gives the government a clear mandate to act.

“Recent figures reveal an outrageous amount of non-stun meat is entering the general market unlabelled, despite most Brits opposing this slaughter method on animal welfare grounds.

“Ultimately, religious exemptions from laws meant to protect animals from unnecessary cruelty should be revoked. But while those exemptions remain, it is essential that meat from animals slaughtered without stunning is clearly labelled as such so consumers can choose to avoid such products”.