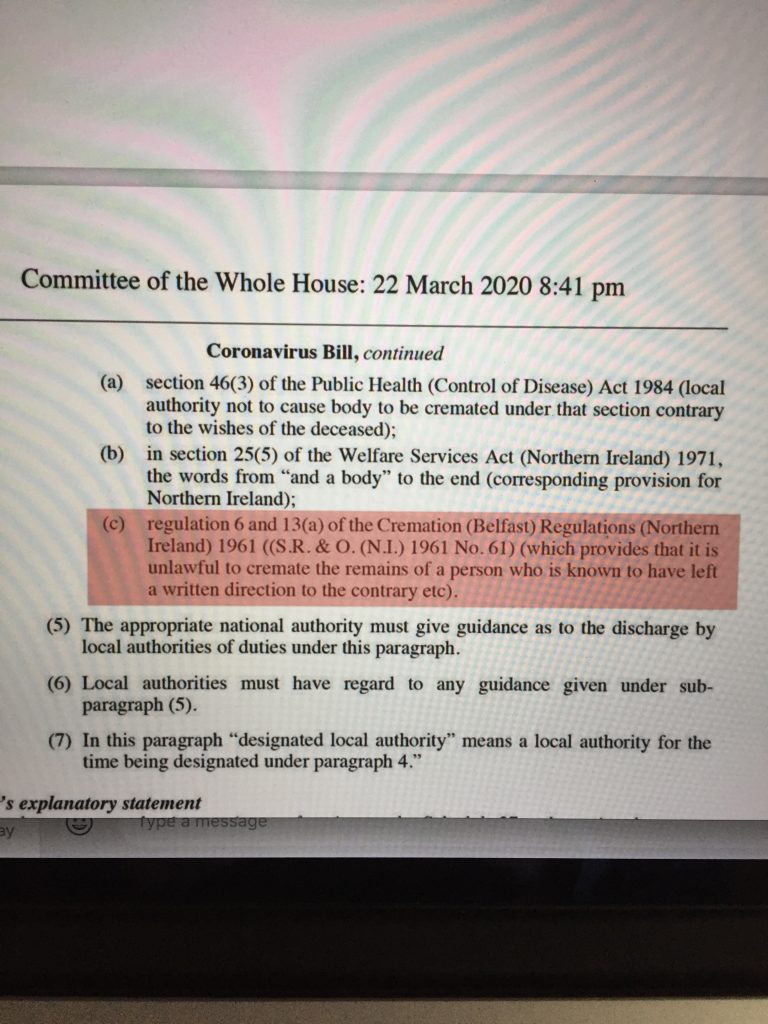 The Government has amended its Coronavirus Bill on Monday to address concerns raised over the prospect of forced cremations which are against religous beliefs. However, it states in the bill that the person who dies of corona virus has to leave a written direction to the contrary.

When it was unveiled last week as part of the Government’s emergency legislation to help tackle the spread of Covid-19, the Bill over-ruled the law that made it illegal for local Authorities to cremate bodies against their or their family’s wishes.

Naz Shah managed to change this, with the help of Baroness Sayeeda Warsi and other MPs through a petition against this section. It has been re-written to take into account the strict laws regarding burial in the Jewish and Muslim faiths.

Discussions took place on Monday morning to ensure that the Bill’s language was acceptable to those on the Opposition front benches.

There was no opposition on the party’s frontbench to the amendment.

In a statement on Sunday, Board of Deputies President Marie van der Zyl had called for the Government to provide  such an exemption, saying a cremation against the deceased’s and their family’s wishes would “only add to the sorrow of grieving families and go against fundamental freedoms of religion and belief.”

Labour’s Naz Shah has led a campaign among MPs to back an amendment which would allow local authorities to consult with religious authorities over burial rules.

The Bradford West MP’s move was backed by more than 100 parliamentarians.

It is understood Ms Shah and the Board worked closely in recent days.

“This has been an inspiring example of interfaith solidarity and responsive government. It shows, even in these difficult times for our nation, why we have so much reason to be proud of this wonderful country,” she said.

Ms Shah said: ‘I’m so relieved that the Government have listened to what we’ve said about religious burials for Muslim and Jewish people and have brought forward an amendment to address our concerns.”