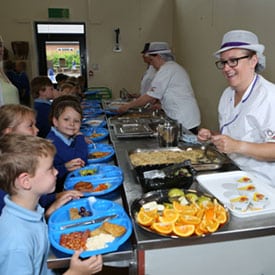 LANCASHIRE County Council has backed down over its controversial decision to ban the serving of unstunned halal meat in its schools, after the threat of a legal challenge.

In October, the county’s full council voted to end the supply on its schools and premises of ‘halal’ meat from animals which had not been stunned before slaughter — with the exemption of poultry.

The move was prompted by the county council’s Tory leader Cllr Geoff Driver who considers the slaughter of unstunned animals as ‘cruel’.

The Lancashire Council of Mosques (LCM) last month threatened to take the authority to judicial review in the High Court claiming it had failed to consult adequately on the decision.

Now the county council has written to the LCM’s chief executive Abdul Hamid Qureshi saying it will ‘consider afresh’. It will now consult on the proposal voted through in October and continue the current contracts to supply unstunned meat to 27 schools across the county in Blackburn, Nelson, Burnley, Rawtenstall, Hyndburn, Clitheroe and Preston.

A new vote will have to be taken by the county council taking into account the result of the consultation before the ban can be reinstated. October’s decision on a free vote ordering the county council’s suppliers to provide only ‘halal’ beef and lamb from animals stunned before slaughter brought the prospect of a repeat of the 2012 boycott of school meals by thousands of Muslim children in East Lancashire when the county council adopted a similar policy. This protest was sparked by LCM’s insistence that only meat from non-stunned animals met its strict interpretation of Islamic dietary rules.

Mr Qureshi welcomed the decision to temporarily abandon the ban on unstunned halal meat and said he hoped the county council would drop the proposal entirely. He said: “We are happy at this move and hope that following the consultation they will continue with the current system for supplying halal meat.”

Cllr Driver said: “We are continuing to provide halal meat under the terms of the current contract arrangements while we move to a wider consultation with all interested parties to inform future policy.”