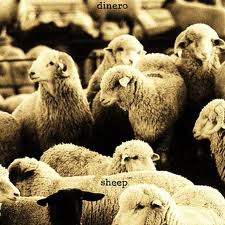 UK sheep farmers can tap into a large and growing halal market without even selling beyond Europe, a seminar heard.

The halal market could represent about 45,000t of sheepmeat demand each year and, by rough estimates, could be growing about 5% annually.

“As the population of the world is growing, it means the halal market is growing as well,” Mr Garnier said.

“But we don’t necessarily need to go all around the world when around the corner [in the EU] we have a target market of 15.4 million people.”

Mr Garnier also said there was also potential outside the EU, but only with smart marketing.

China is one of the fastest growing halal markets, due to the country’s sheer size.

Demand from the UAE is smaller, though Saudi Arabia and Kuwait could be new destinations once export approval is granted.

But in the Middle East and Asia the UK struggles to compete on price with New Zealand and Australia, so exporters have to focus either on high-value cuts or fifth quarter products.

“In third [non-EU] countries, we target niche markets and we target the fifth quarter,” Mr Garnier said. “We cannot target the core market because the price difference is very, very large.”