Following the success of its London branch, Islamic fashion brand Aab has announced expansion plans in Dubai in the next 12-18 months.

The boutique, which specialises in conservative clothing, is the first concept of its kind. 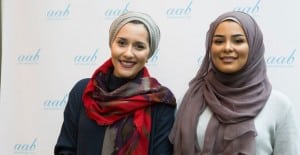 “We are delighted to finally launch our new London store but our vision is to grow the Aab brand in strategic locations across the world which includes UAE, Malaysia and Indonesia,” said Creative Director of Aab, Nazmin Alim.

“London continues to be at the heart of our retail strategy but we are an ambitious young British brand and we aim to expand by fulfilling client demand in new locations across the world and Dubai is a crucial market for us,” said Alim.

The new store compliments Aab’s already existing online offerings, as the British brand started as an online retailer in 2007.

It offers a range of conservative clothing, like abayas, hijabs, and accessories.

Modest and Islamic fashion has recently become one of the fastest growing sectors in the industry, with the global Muslim consumer spending $266 on clothing and footwear, according to Reuters.