By Helen Pidd North of England editor, The Guardian 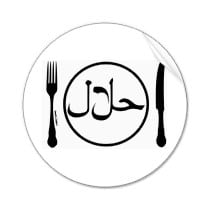 A council has banned meat from animals that have not been stunned from council-supplied school meals, prompting accusations of Islamophobia and antisemitism.

Lancashire county council voted on Thursday to stop providing halal meat to council establishments unless animals were stunned before slaughtered.

The decision ignored the result of a public consultation in which 65% of respondents strongly disagreed with the proposal. About 8,545 people filled in a questionnaire earlier of which about 2,000 were pro-forma responses that used a template provided by the Lancashire Council of Mosques (LCM).

The National Secular Society supported the ban. Stephen Evans, its chief executive, said: “It’s reassuring to see Lancashire councillors voting to pursue the council’s ethical policy on the provision of halal meat in schools, and facing down orchestrated efforts to ensure school meals in the county comply with a hardline interpretation of Islam.

“Under this policy, halal meat will still be supplied to meet the dietary preferences of pupils from Muslim backgrounds, but will be from animals slaughtered humanely, and in accordance with animal welfare standards. This is a compromise that should be acceptable to everyone.”

Unstunned halal meat is provided in school meals for some of the 12,000 children in 27 Lancashire schools. This will now stop from September, despite the council admitting there is currently no demand for stunned halal meat from any school in the county.

The LCM described the decision as “undemocratic and hugely discriminatory”. It said it was considering legal action and a boycott of council-operated catering services – a move which the council estimates could cost £285,000 in lost revenue.

“What we see is that the people have spoken, they have opposed the proposal and they have still made this decision, which is undemocratic and hugely discriminatory,” said Abdul Hamid Qureshi, LCM’s chief executive.

Qureshi said he was worried that other councils would follow Lancashire’s lead, discriminating against Muslims around the UK.

The four-week consultation exercise was carried out after LCM applied for a judicial review of the ban, which the council originally passed last year.

Geoff Driver, the leader of council, said: “I’m grateful to the many people who have taken the time to respond to the consultation. It has confirmed that people have strong views on this issue from a number of different perspectives.”

He added: “We accept that a small number of schools may choose to use different suppliers for halal meat. However, we hope that people understand how the council has arrived at this decision, which has been taken solely on the grounds of animal welfare with due consideration for the impacts outlined in the responses to the consultation.

“We would like to work with the Lancashire Council of Mosques to ensure that the meals we supply to the affected schools in future provide a range of nutritious options which satisfy students’ dietary requirements and are acceptable to LCM, parents and governors.”