A DECISION is set to be made on stunned halal meat being served in schools. 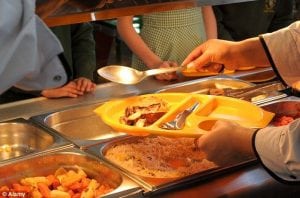 Lancashire County Council currently provides both stunned and un-stunned halal meat in 27 schools where there is the demand for it from the Muslim community and where the headteacher and governing body request this for a proportion of children on the basis of their religious belief.

The county council is considering the proposal that, where halal meat is supplied, this must be stunned.

A report published as part of the agenda for next week’s meeting contains analysis of responses received during a four-week consultation held earlier this year.

The Lancashire Telegraph reported last year, when the contract to provide non-stunned halal meat came due for renewal last year, the council agreed a resolution not to provide meat, other than poultry, to county council establishments unless animals are stunned before they are slaughtered.

However this resolution has not been implemented, with a consultation being held to inform the council’s future policy.

The council is currently supplying halal meat under the terms of the contract which was in place before the resolution being agreed.

Geoff Driver, leader of Lancashire County Council, said: “We know people have strong views on this issue and I’m grateful that more than 8,500 people have taken the time to respond to the consultation.

“The responses have been analysed by an independent market research company to ensure that cabinet has a full understanding of those responses, and how people are affected by the council’s policy on this issue.”