LIVERPOOL: KFC Edge Lane outlet is the only Halal outlet in the 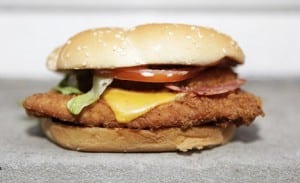 town, but after running out of the Halal meat they served non-Halal meat as Halal to the customers.

As Muslims are restricted to their religious policies and no matter whatever they continue with is; religion as their top priority. There are several outlets of KFC in UK which serve food as according to the Islamic slaughtering principle.

KFC Edge Lane was supplying Halal food to its customers but they ran out of it as the demand for Halal meat increased due to the Liverpool International Music Festival. And the fast food chain served non-Halal food to the customers as Halal food.

The management probed down the incident as they came to know about serving non-halal meat one evening during August bank holiday weekend.

Investigating through the matter, three of the staff members claimed of selling non-Halal food as Halal to the customers. The three of them were suspended on doing it so.

The fast food chain which is famous worldwide came up with an apology over  deceiving its customers.

Russel Smith, Chief Operations Officer at KFC said: “As soon as the issue came to our attention we launched an immediate investigation resulting in the suspension of number of employees.

“This is a breach of our robust policy and procedures, it should not have happened, and I’d like to personally apologise on behalf of the business to customers of the Edge Lane store. While the investigation is ongoing, we’d like to assure customers that the store is now serving 100% halal chicken.”

KFC runs in many of the Islamic countries worldwide and successfully brings out the quality food assuring Islamic principles. The most good thing is the customer satisfaction, they acquire. Although such sham can even harm their highly rated name.