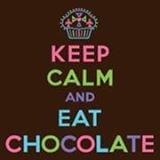 The British love affair with chocolates is legendary and secondary only to the Swiss. In a study carried out a couple of years ago, consumption by weight of chocolate per head in Britain exceeded any EU country. And chocolates rise above issues, such as religion, culture and other social barriers. Everybody likes to have bite of that sinful delight every now and then.

Britain’s Muslim population is growing, and according to 2011 census reports, it stood at 2.7 million citizens. With that growth, comes the demand for “halal” products. And now there is halal chocolate.

Recognizing a vast potential market, halal chocolate manufacturer Ummah Foods is launching its products with a very British branding. Khalid Sharif, an astute entrepreneur and founder of Ummah Foods and a Muslim Willy Wonka, stated on the eve of the Global Entrepreneurship Week:

“Britain has changed and so have all communities within it. We have to reflect this. British Muslims are proud of their British and Muslim heritage and like all Brits are reclaiming the flag from the extremism of the BNP and the like. Prime Minister David Cameron at the World Islamic Economic Forum (WIEF) held in London last month said he wants London to stand alongside Dubai as one of the great capitals of Islamic finance anywhere in the world. London will also be the home of many great British halal brands like other British brands before and what better time to begin this than during Global Entrepreneurship Week!”.

Originally established in 2003 with the “CHOCHALAL” tag coined by a UK newspaper, the company has gone through many changes. Chocolates are coming back into the UK stores again but with a new identity.

The marketing manager for Ummah Foods says: “We’ve begun rebranding across the whole company. The original logo created by British Muslim artist Mukhtar Saunders is now merged into the Union Jack. The CHOCHALAL strap line now reads ‘Quintessentially British Halal Chocolate’. We’ve begun a soft launch on our Facebook page and the response has been very encouraging with an example being of a young British Muslim woman saying that the brand now speaks to her.”

The director of the British Brands Group which provides the standards for brands in the UK said: “The brands that thrive are those that are authentic, distinct, consistent and above all relevant to individuals. That is as true in the UK as it is in every other market in the world. Here is a company that is seeking to stand out from the crowd, offering something different but in a meaningful way. The potential market for that should be significant and extends well beyond the UK.”

Following on from the success of the London Halal Food Festival in September and the recent World Islamic Economic Forum (WIEF) where Prime Minister David Cameron announced that the UK will become the first non-Muslim country to issue an Islamic bond, and London Mayor Boris Johnson announced a £100m technology fund to encourage Middle East entrepreneurs to London, it becomes apparent that Brand Britain is changing and growing with new Shariah compliant halal areas of business. The triumphant images of Olympic champion Mo Farah, a Muslim, draped in the Union Jack after winning the gold medal at the London Olympics have strengthened the feeling that Muslims are very much proud of their British identity and are now creating Islamic products and services that contribute to the British economy and create jobs.

Dr. Jonathan A.J. Wilson, Editor of the Journal of Islamic Marketing, and an academic from the Business School at University of Greenwich, says: “I think one of the reactions to 9/11 and 7/7 was the realization by Muslims that the ’brown pound’ wasn’t just about passive consumerism, or ’by us for us’ – it’s about finding a way to lead hearts and minds, and celebrating ethnic diversity in the Muslim community. What better way to sweeten relations than with a worldwide common love of chocolate – and Cool Britannia has always waved this flag.”

The Muslim Pound report by the Muslim Council of Britain states that there are 13,400 Muslim-owned businesses in London alone creating 70,000 jobs. It also shows how over a £1 billion is being spent on halal food in the UK and $661 billion globally. If the British brands aimed at Muslims were to thrive globally it would add significant value to the UK’s economic prosperity. It would also encourage entrepreneurial Muslims to supply products and services for this fast growing and lucrative market. Ummah Foods in the UK certainly seems to have done just that.