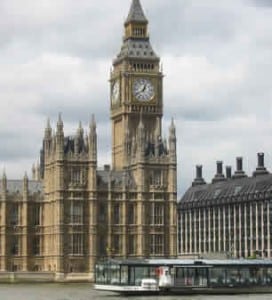 Burning issues from the halal meat industry, as well as Islam-a-phobia, were discussed earlier this week by clerics, Imams and industry leaders at the House of Lords.

On Tuesday (23 April) leading members of the Muslim community, halal meat industries and the Jewish community, met to talk about the recent contamination of halal meat products. House of Lords member Lord Ahmed Nazir, one of only four Muslim peers in the UK, was also present at the meeting and told MeatInfo.co.uk that it was very well-attended.

He said the issue of more halal meat being consumed than was being produced had led Muslims to take risks. He also said that the current economic climate was leading Muslims to take other risks and added: “Consumption of halal meat is higher than production and consumers have been getting cost-effective ‘halal’ meat rather than quality.”

Meanwhile Mohammed Saleem, who is a spokesperson for the Association of Non-Stun Abattoirs (ANSA) and was present at the meeting, explained that everyone at the meeting agreed Food Standards Agency (FSA) guidelines on slaughter should always be used. He said: “Concern was shown by everyone that the industry was to be looked into and for the government to ensure no food is adulterated.”

Saleem also highlighted that attendees discussed how some businesses were not meeting standards when producing halal products. “The outcome was that community leaders should be given the task of asking local council members about why the [FSA] guidelines [for halal preparation] were not being used. Advice given by the FSA is not being used by the local authorities and Islam-a-phobia has been brought up as a result.”

A “wider group” has now been tasked to hold local governments to account for not ensuring FSA guidelines were being adhered to. Saleem also explained that general consensus at the meeting was that if the FSA guidelines were made mandatory, then businesses would be more likely to comply as “the FSA can take those people to task, instead of just taking away a certificate like halal certifiers do”.

More positively, attendees praised the FSA’s handling of the horsemeat scandal and Saleem said: “The horsemeat scandal was important and it was said that the government acted fantastically, but there was no testing of what is halal or non-halal and it has a major impact on people of faith. Although it doesn’t have any health risks, it’s mentally damaging for people of faith and that was really touched on, simply because it’s actually had impact on the Muslim and Jewish communities.”

Lord Nazir, meanwhile, furthered that the government should take more control of the issue and said: “We are putting most of our responsibility in the hands of the FSA. We have no issue with people who have a wish to eat pork – it’s a personal choice – but people cannot say that it’s halal if there’s pork in it.

“People were concerned that this was going on and we are tax-payers and the government is responsible for making sure the FSA and trading standards ensure the meat being sold is correctly labelled and not being mis-sold.”