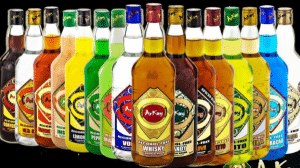 A halal version of an iconic alcoholic drink made by a U.S.-based company is expected to hit supermarket shelves in the UK this December, the Independent reported this week.

An alcohol-free whiskey, produced by Florida-based ArKay will sell for a little less than $16 a bottle, much to the dismay of the Scotch Whisky Association, which labeled the product in a 2011 Daily Mail article as an effort to capitalize on the drink’s reputation.

However, the company welcomed the criticism, claiming that the association had tried to stop them but failed.

“The mistake they made is that ArKay is a soft drink and the Scotch whisky association does not have any jurisdiction over soft drinks, they can only oversee the liquor makers , and not the soft drink makers,” Sylvie Grattagliano, president of the company, told Al Arabiya News. 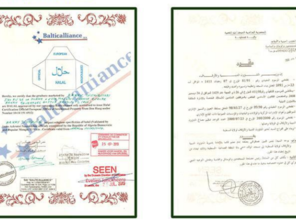 The company has produced at least 13 non-alcohol renditions of famous liquors such as limoncello, tequila, rum and gin.

However, the whiskey has gained special attention due to the drink’s iconic status in the British Isles.

“We are not pretending to make real Whisky or real Scotch,” Grattagliano said in an emailed statement.

“ArkAy’s philosophy is to help millions of peoples with a drinking problem to get away from liquors,” he explained.

Talha J. Ahmad, a member of the central working committee of the Muslim Council of Britain, said people may welcome the product, “especially Muslims who drink who might see it a way of maintaining a drinking habit without having to drink alcoholic drinks.”

However, he maintained that he does not think “it makes a difference…those who don’t drink whisky would not suddenly want to drink whiskey, whether its halal or not.”

The drink is being marketed not only as halal alternative, but the company also aims to reach those who simply (cannot or do not want to) drink for any reason. 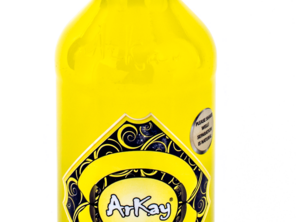 Limoncello, another famous liquor, is also part of the line. (Photo courtesy: ArKay)

Grattagliano emphasized that his company aims to reach those who do not want to drive.

He explained that bars offering non-alcoholic drinks that taste like the classics would decrease the risk of an accident as the designated driver for a night out would still be able to enjoy a few drinks.

The company expects to reach $100 million in U.S. sales by the end of the year and plans to hit the one billion mark by 2017.

“ArKay is not at war against the liquor manufactures,” he reiterated, adding that the company’s products are “a good solution for liquors makers as well.”