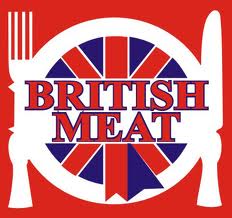 The Sharia Halal Board has backed the British meat industry in the wake of the horsemeat scandal and claimed the problem was not British.

It stated it believed British meat is of “extremely high standard, supreme quality with rigorous hygiene standards” and that such a level “cannot be achieved or received anywhere else but the United Kingdom”.

The Sharia Halal Board therefore strongly recommended that butchers focus on local British produce and immediately stop buying from outside the UK.

“This will ensure that you are providing product that has pedigree, quality and traceability that your customers can trust,” it claimed.

Spokesperson Allama Qazi Abdul Aziz Chishti, said: “The Sharia Halal Board believes completely in traceability with transparency. This can only truly be achieved by buying from and the monitoring of British halal suppliers. We announce today that the Sharia Halal Board fully endorses and supports British-produced halal meat.”

Many of the Sharia Halal Board’s abattoirs are part of the Red Tractor assurance scheme, which guarantees quality, standards, welfare and hygiene.

Qazi stated: “This is even more important with regards to halal meat. This is the only meat that must and can truly be fully monitored and traced back to its origin. Therefore all halal meat suppliers should only buy British halal meat.”

Sharia Halal Board-monitored meat will become available in certain places from the start of April 2013 and will be featured throughout the UK by the end of 2013, it added.