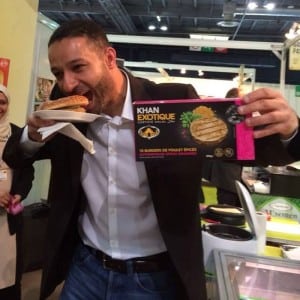 Lancashire-based halal food manufacturer KQF has recently agreed a series of deals that have seen its products gain a strong foothold in fast-growing markets in France and other European countries.

In June 2014, the company secured a listing with Le Clerc FRANCE – one the largest hypermarket chains in the country. Le Clerc is headquartered in Ivry-sur-Seine and currently has more than 500 stores in France, with a further 114 outlets outside of the country. This follows similar deals with Alphaprim, which has 11 stores around the suburbs of Paris, and distFresh, an independent halal distributor that serves 20 key stores in and around the capital.

“Le Clerc is a very important player in the market,” notes KQF Managing Director, Faruk Vali. “It’s also an excellent strategic partner because it has a high profile and it’s expanding quickly. The listing of our products with such a significant retailer gives us an excellent means of introducing our halal certified convenience foods to an entirely new group of European customers.

“Our research suggests that the European market for halal foods is buoyant. It’s currently worth around $30 billion and the figure is rising by approximately 15% a year. France has the largest Muslim population in Europe – a little under 5 million – so we developed a new product range, Khan Exotique, as our way of reaching out to that market. European consumers seem to be responding very well.”

At present, the Khan Exotique range comprises halal burgers, kebabs and sausages, all of which are made to authentic recipes from India and South Africa. One of the principal reasons for their success appears to be their proven halal credentials, as Faruk Vali explains:

“Across Europe, Muslims are increasingly looking for high quality halal foods that are convenient but also of a reliable provenance. This is particularly true of a new generation of young, well informed consumers who – in the wake of the horse meat scandal and similar problems – want more proof of manufacturers’ halal claims. There are a number of halal certification bodies now operating on the continent but the Halal Monitoring Committee is one of the best known and it certainly seems to enjoy a high degree of respect.

“Judging by feedback from overseas agents such as Asia Food Co, this has been a big factor in our success in the French market. All KQF foods are manufactured in Britain under the full-time, on-site supervision of an independent HMC inspector, and this gives customers much-needed confidence in the products they buy.

“Increasing market awareness about the importance of proper halal certification is undoubtedly moving things in a very positive direction within Europe – not just for ourselves but for all Muslim consumers who want greater assurance about the integrity of their food.”