Noman Khawaja, CEO of Haloodies, said Covid-19 posed a ‘challenge’ for other parts of the business, such as in-store sales and the firm’s food services arm 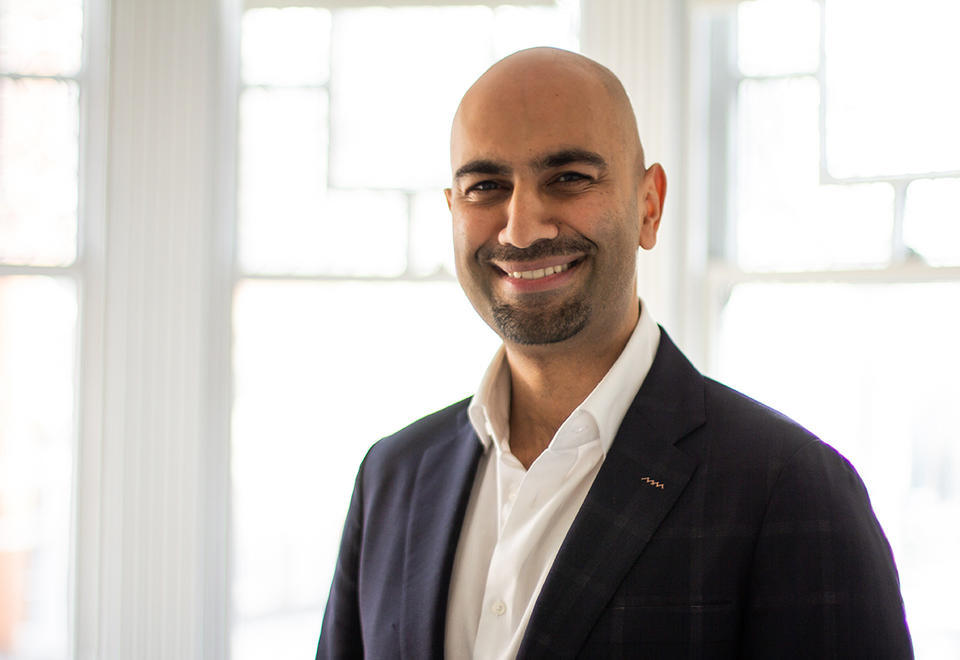 The UK’s biggest premium halal food producer has seen a 30 percent uplift in online sales since the global onset of coronavirus.

According to Noman Khawaja, CEO of Haloodies – a portmanteau of ‘halal foodies’ – the UK’s lockdown period meant Muslim and non-Muslim shoppers alike clamoured to buy food in the early weeks, regardless of whether it was halal-certified or not.

The company, which has fresh and pre-cooked meat ranges in more than 600 stores across the country, has seen sales climb on Amazon Fresh and online store Ocado in the last three months, said Khawaja.

According to the CEO, Haloodies’ accessible international branding appeals to Muslims and non-Muslims alike, as does the convenience factor of pre-cooked and pre-flavoured meats, such as peri-peri chicken skewers, charcoal-cooked chicken fillets and protein snacks.

The company, which has fresh and pre-cooked meat ranges in more than 600 stores across the country, has seen sales climb on Amazon Fresh and online store Ocado in the last three months, said Khawaja.

According to the CEO, Haloodies’ accessible international branding appeals to Muslims and non-Muslims alike, as does the convenience factor of pre-cooked and pre-flavoured meats, such as peri-peri chicken skewers, charcoal-cooked chicken fillets and protein snacks.

“The fact that everyone was buying whatever they got their hands on was a great advantage because we would usually have to pay for marketing to get people to try our products,” he said.

“Online sales are still up from their baseline compared to pre-coronavirus times so some new customers have been retained.”

However, the CEO added that Covid-19 has posed a “challenge” for other parts of the business, such as in-store sales and the firm’s food services arm.

“Cooked chicken sales in physical supermarkets have remained stable but they did dip for a bit because people weren’t going in store – and when they did they were mainly looking for tinned products,” said Khawaja.

“The advantage of supplying the type of product that we do is that people always need it. Even in lockdown people need high quality, everyday products and Muslims need to eat halal food.”

Since then, the mass migration of affluent Muslims to high-end dining options has put the business on a fast track to growth. Today Haloodies is the UK’s first halal food brand to gain shelf space in nearly every mainstream supermarket chain.

Britain’s Muslims are getting wealthier. The average monthly income of those born locally, with at least one parent born in Britain, is £1,219, compared with £815 for those who arrived aged six or older, according to the Economist Intelligence Unit. And the growing number of converts – estimated at around 100,000 – like modern food that appeals their old eating habits and new faith.

Globally the halal food market will be worth $1.9 trillion by 2023, according to the State of Global Islamic Economy Report from Thomson Reuters and Dinar Standard.

That’s why Khawaja wasted no time getting the online arm of Haloodies up and running in April this year to soak up new demand for online food shopping amid the coronavirus pandemic.

“Having looked at the market, we saw that halal customers just weren’t getting the range of products they wanted or the experience they wanted online, so we set about creating bespoke products and marinades exclusive to Haloodies,” says Khawaja.

“We are also going to launch a loyalty programme – a first in the UK halal food space. We are also building a personalised online experience for the halal consumer.”

“It’s a value-add operation. Our proposition was to build a manufacturing plant that was filling a country-wide gap for a trusted halal secondary processor with high accreditation that could manage value-added products,” says Khawaja.

According to the CEO, the UK is home to many non-halal food service and production plants, but Haloodies’ factory is the halal-certified plant of its kind.

The factory already has several high profile British restaurants on its books, which it supplies with customised food products.

“These are all value-add products, such as ready-prepared burgers and meatballs. The idea is we provide clients with high-service levels and deliverability, as well as convenience. It’s continuation of leveraging our food brand – we want our brand to represent trust and adding value for Muslims,” says Khawaja.

The CEO notes that the firm’s restaurant support arm has been “slower” than normal amid the coronavirus-led economic downturn.

“Obviously the pandemic has slowed everything down for restaurants, so our orders are down 20–30 per cent. It’s been a challenge but our investment will even out over time,” he says.

“We have adapted during the COVID-19 period and brought plans forward, such as the online store. On a micro-level we have brought in changes such as PPE and socially-distance practices, however, our macro-level vision remains unchanged – we are still moving in the long-term direction that we wanted to, albeit with small changes which take in the ‘new-normal’ environment.”

Ultimately Haloodies has designs on becoming the world’s first truly global halal food company, with the help of its big-ticket financial backer, KKR. After the UK, the firm has its sights set on the Gulf.

“The ultimate aim is to go international,” Khawaja says. “We have really long-term goals.”

Khawaja says the biggest challenge so far in tackling the Gulf has been legislative hurdles.

“The UAE and Saudi Arabia are on our radar. We’ve had several good conversations with UAE supermarkets, such as Spinneys and Choithrams. We are determined to launch in the UAE but there is a lot of halal legalisation around the food – it’s the single biggest issue and there are currently layers of complexity around it.”

Khawaja believes there is a substantial market for premium halal convenience foods in the Gulf.

“There is high demand for British food brands that focus on high quality ingredients and halal consumer needs,” he says. “Expats make up a significant part of the Gulf population – many of them want a decent quality burger or cooked chicken that tastes like home, or they want fresh meat that has a certain spice that they are used to,” the CEO adds.

“Expats – especially British expats – want products from the UK, so we firmly believe there is room for our brand in the UAE and the whole of the Gulf.”