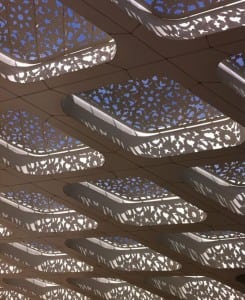 Just a thought really, over coffee…

There was an interesting article online the other day from one of the top GCC regional news portals. It was about Dubai’s ambitious moves to play a leading role in the Islamic Economy. There has been plenty of media coverage around this topic, especially as the clock ticks down to the inaugural Global Islamic Economy Summit on 25-26 November.

The article wrote at some length about a whole spate of ambitious plans covering Islamic Finance, Sukuk, Halal Food parks, Standards and Accreditation schemes, SME incubation programmes, Awqaf and endowments projects and more. Much more. The ripples from this vision are going to be a game changer…even if only half of it gets off the ground. And just to add some chili to the sauce, the roll-out was packed into a three year programme. Ambitious…and then some.

But what really hit me was the head line…it only mentioned Islamic banking, and I realised, again, that the default understanding when people see the term Islamic Economy, is to translate it instantly into Islamic banking. It isn’t even a conscious mental process; it is just a short hop across the synapses…zip…and next thing it is all about banking and finance.

But it isn’t. It really is not. Islamic finance is big, of course, at $1.3 trillion, and estimated to be growing at 19%.  But the whole IF sector is locked in its own semi-private world populated by banking and finance professionals. It means very little to the man in the street. Or more importantly to the woman in the street, the one who usually plays the decisive role about what the family is eating, where and how the kids get educated, where to go on holiday, what is OK to watch on TV.

Us men…(especially in the Muslim world) may think we have the deciding vote, but there is very often a sub-text to the decion-making process that we don’t even see until after it has happened.

The retail food expenditure among the Muslim world is estimated at $685 billion. That does not take into account agriculture, processing, manufacturing, packaging, marketing or logistics. I would love to know what THAT figure comes to. I suspect you could put the Islamic Finance sector into its hip packet. 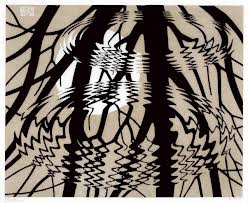 And then there is travel. Muslims spend an estimated $125 billion on travel…and during these days of the Hajj, it is worth remembering that this figure does not include Hajj and Umrah. We have bigger families, we travel in larger groups, we stay for longer than the average tourist. Oh, and by the way, our populations are growing at twice the rate of the global average.

We have particular travel needs and preferences that have for a very long time been largely overlooked. We put up with it. We hunt for Halal food and somewhere to pray. We ignore the alcohol in the mini-bar, and the pay-TV options, the remote control sitting so snugly next to Gideons Bible. We pick and choose from the buffet, so to speak.

Cosmetics, toiletries, pharmaceuticals, media, fashion…the depth and breadth of the Muslim Lifestyle market is only just starting to be appreciated. As yet, we really have no idea how deep the rabbit hole really goes.

I remember years ago – well, it was decades ago actually – I had a discussion with a friend of mine about five dimensional objects. It was a bit geeky, but stay with me here. He pointed out that in a three dimensional world, you could not see all of the five dimensional object at once. You could only see three of its dimensions. If you rolled another dimension into view, one of the others would disappear. And so on.

I suppose the Islamic Economy is a bit like that. It is hard to see it all at once. Is it based on geography? On the economies of the Muslim countries? Is it defined by sector? Is it defined by Shariah? Or by preference? Is it just about Muslims…or does it also include others?

It is admittedly not easy, at first, to grasp all of the elements of the Islamic Economy. I would even argue that we are finding out what it really means as we go along. Many things are not yet clear…they have not quite rolled into view yet.

But what stands out, for me at least, is that the Islamic Economy is not just about finance. Economy derives from a Greek word that refers to ‘managing the household expenses’.

We may do well to meditate on that for a while.