The United States is the biggest beneficiary of global Muslim tourism spend, according to a new report by a leading authority on the Muslim travel sector, Salam Standard. 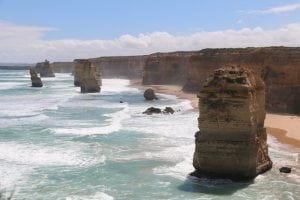 The Muslim travel market accounted for US$145billion of total international tourism spend in 2015 and the US received a 24% share or almost $35 billion, according to an executive summary of The Economic Impact of Muslim Tourism on the United States 2015 -2016 research paper.

“The United States benefits more from Muslim tourism than any other economy in the world in terms of direct GDP impact,” says Faeez Fadhlillah, the co-founder and CEO of Salam Standard and a pioneer of online travel resources that cater to the world’s fast-growing Muslim travel community.

“And when you take into account multiplier effects, the total impact of inbound Muslim tourism spend on US GDP is a staggering $50.8 billion, accounting for more than 10% of total inbound tourism spend in the US. This represents a huge opportunity for the country’s travel industry, particularly given the global Muslim tourism market is expected to grow by 50% in volume and 35% in value over the next five years.”

Muslim travel also supports more than 600,000 jobs in the US in terms of total employment, according to the economic impact report.

The US should therefore be looking for ways to boost its halal-friendly tourism offering and marketing it digitally to the fast-growing Muslim travel community, the research paper suggests.

While the unique faith-based needs of Muslim travellers can vary according to country of origin, universal requirements include the availability of halal-certified food, the observance of prayer times and the absence of alcohol.

Salam Standard’s report makes a number of recommendations to the US travel industry in this regard, including providing prayer mats and places to worship, as well as halal food.

“The US should also make information on its Muslim travel facilities and services more accessible to raise its profile as a halal-friendly destination. Creating online resources, from websites and apps to digital marketing campaigns, is the way forward,” suggests Fadhlillah.

“Increased airline connections between key source markets in the Middle East and Asia should also be better exploited in order to realise the full potential of one of the world’s fastest-growing travel segments.”

Launched in October 2015, Salam Standard is an online reference tool for Muslim travellers seeking accommodation that meets their faith-based needs – provisions such as prayer mats, halal food and the removal of alcohol from the hotel mini bar, for example.

More than 50,000 hotels have signed up to the service including major international hospitality brands such as Fairmont Hotels & Resorts, AccorHotels and Mövenpick Hotels & Resorts.

Fadhlillah, widely regarded as one of Asia’s leading travel industry identities and a trailblazer for developments in the Muslim tourism sector, is the founder of Salam Standard.

The visionary entrepreneur, who also recently launched Tripfez, a new online booking and review site dedicated to Muslim travellers, was named in the Forbes ‘30 Under 30’ list of up-and-coming Asian business identities in the retail and e-commerce sector in 2016.

Fadhlillah’s quest to serve the Muslim travel sector with innovative online resources – a phenomenon he has dubbed ‘Taqwa Tech’ – has attracted attention from major media outlets including the BBC and CNBC, both of which are currently filming documentaries about his business.

Salam Standard’s executive summary of the impact of Muslim tourism on the US economy is one facet of a major Global Economic Impact of Muslim Tourism research paper.

The full report, which is scheduled for release in Q4, 2016, will provide a true global perspective of the growing importance of the Muslim travel sector.