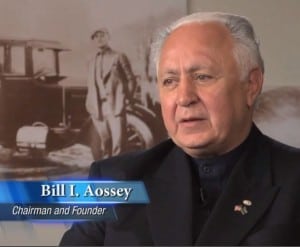 meat will spend 2 years in prison.

Bill Aossey, 74, founder of Midamar, was sentenced in federal court Thursday morning on federal fraud charges. The sentence also calls for three years of supervision after release and a $60,000 fine.

The court recommended placement in a prison near Aossey’s family, and vocational training in culinary arts, carpentry, drafting and/or horticulture.

The Aossey family has a rich legacy in Cedar Rapids. Aossey, Sr. father helped establish the Mother Mosque in the early 1900s, which is one of the oldest standing Mosques in North America.

As part of the plea agreement, Midamar must follow a USDA consent decree that included restructuring debt and management for Midamar and the company will be under USDA oversight for five years. Jalel Aossey was required to give up a management role in both companies and Yahya Aossey is now in charge of both.

ISA will be required to provide financial information to probation if needed, can’t open lines of credit without probation approval, as well as other conditions.

Midamar was fined $20,000 and ISA will pay $60,000. Testimony during the separate sentencings showed Midamar is strapped for cash and was dependent on ISA, which is profitable. Reade ordered lesser fines than what prosecutors recommended because the companies had to pay $600,000 jointly in forfeitures.