As OPP.Today has reported previously, overseas property professionals are increasingly looking at ways of appealing to Muslim investors and providing Shariah-compliant opportunities and Islamic finance services.

Go-ahead international real estate businesses are tapping into the halal travel sector, which is claimed to be the fastest-growing in the world and serves Muslim travellers worldwide who abide by rules of Islam.

One such company is Florida Reality Investments, of USA, which has altered 50 of its 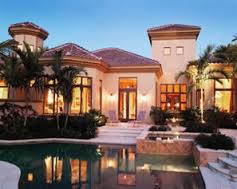 rental properties to make them more acceptable to Muslims. It has made changes such as erecting curtains around the pool deck to help Gulf Arab customers, who often travel as large families to Orlando for several weeks at a time to enjoy the city’s world-class theme parks.

Travel between Orlando and Dubai has been made much easier by September’s launch of direct daily flights between the two cities by the Emirates airline.

But it’s not just United States businesses that recognise the business opportunities Muslims bring in the holiday home and tourism sector.

Halal in Islam literally means ‘that which is permissible’. Observant Muslims typically avoid alcohol and areas where there can be excessive nudity, like beaches and nightclubs. For women who adhere to Islam’s modest dress code, swimming can pose a challenge.

That means resorts that offer gender-segregated beaches and pools have an advantage over traditional resorts and several all-inclusive resorts on Turkey’s southern coast, feature women-only private beaches and pools.

Elsewhere in Asia, the Singapore Tourism Board has launched a lawful (halal) travel guide book for Muslim travellers from Indonesia.

Singapore has been  named the world’s most friendly non-Islamic destination for Muslim tourists by the Mastercard Crescent Rating Global Muslim Travel Index (GMTI) 2015, beating Thailand, Hong Kong and Taiwan, France, the US and the UK.

The criteria in GMTI survey covers a wide range of factors including suitable places for Muslim families, the level of service and availability of facilities for Muslim travellers, good choices for accommodation, the number of tourist arrivals, choice of menu and Halal food.

Director of the Singapore Tourism Board for Indonesia Michele Wooi says, “Singapore is a friendly place for Muslim travellers and has several sites linked to the history of Islam.”

Last year 108million Muslim tourists generated US$145billion in revenue, equivalent to 10% of global travel spending and by 2020, spending could reach US$200 billion.

Travellers from Saudi Arabia, Kuwait, Qatar, the United Arab Emirates, Bahrain and Oman will spend $64billion traveling this year and are expected to spend $216billion by 2030, according to a 2014 study for the travel tech company Amadeus.

The WHTS 2015, which was held from 24-26 October 2015, included buyers and key decision makers from the 57 Organisation of Islamic Cooperation countries and a trade audience of more than 5,000

Next year’s World Halal Travel Summit & Exhibition is being held on 28 and 29 October 2016 at ADNEC, Abu Dhabi.