VIETNAM,  HCM CITY — With nearly two billion Muslims in the world and rising demand for halal products, there is potentially a huge market for Vietnamese companies to exploit, experts said.

Nguyen Tuan, deputy director of the HCM City Investment and Trade Promotion Centre (ITPC) told a conference on Tuesday that Vietnamese businesses should understand halal requirements to step up exports to one of the world’s fastest growing markets.

Demand for them is increasing among both Muslim and non-Muslim consumers, especially for consumer products, he said.

Large Muslim countries include the UAE, Malaysia, Indonesia, Brunei, Pakistan, and others in the Middle East.

The demand for halal products is also increasing in the domestic market as more and more foreign Muslims come to Vietnam to travel, work and study.

Halal refers to any action or behaviour that is permissible in Islam, and includes things like slaughtering animals for meat in a strictly specified manner.

But the Vietnamese share of the halal market remains modest though it does not have technical or tariff barriers like in the US or EU. 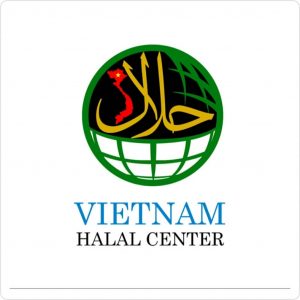 Ramlan Osman, director of the Halal Centre of Vietnam, said to get halal certification, food products must not be tainted by pork or alcohol and have a negative impact on the environment.

The halal food production line must be completely separated from non-halal lines, he said.

The halal market also includes other products and services such as household goods, finance, fashion, pharmaceuticals, and cosmetics.

But the rules and requirements for non-food items are not stringent or do not require strict separation from non-halal products.

Experts said there are nearly two billion Muslims world-wide and the demand for Halal products is worth around $2.3 trillion annually.

Increasing disposable incomes in leading Islamic nations like the UAE, Malaysia, Indonesia, and Brunei is expected to expand the market, they said.

Since there are few Muslims in Viet Nam, local companies are still not familiar with halal standards, which are different in each country.

The event was organised by the ITPC and Halal Center of Viet Nam. — VNS