Wheat yields are way down everywhere but North America, so the rest of the world doesn’t have much to sell 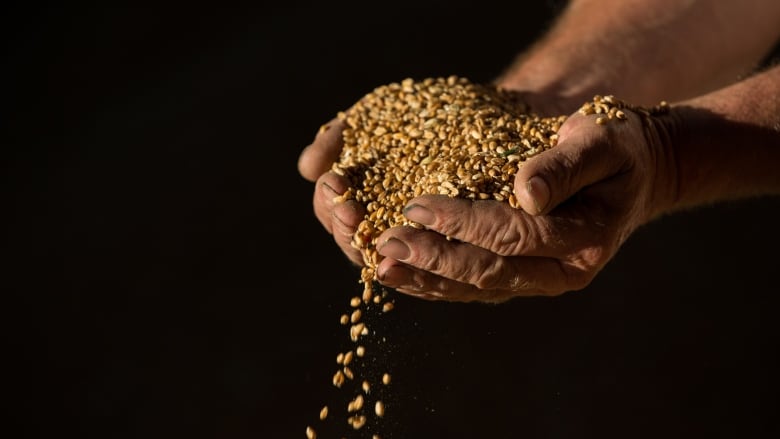 Canada is one of the world’s leading suppliers of wheat, and the Saudi threat to stop buying from Canada comes as the rest of the world can’t keep up with demand. (Jason Alden/Bloomberg)

The sudden diplomatic dispute between Saudi Arabia and Canada took a lot of unexpected twists and turns this week, but perhaps none was more head-scratching than the kingdom’s threat to stop buying Canadian wheat.

Because they don’t buy much as it is. And if anything, they’re likely to need to buy more soon.

Canada is a major grain supplier to the global market, but Saudi Arabia isn’t a major buyer of Canada’s wheat. Data from the Canadian Grain Commission shows the country bought 68,000 tonnes of Canadian wheat in 2017, roughly the same as the year before. That’s a drop in the bucket compared to some other countries, like Indonesia with 1.5 million tonnes, and the U.S. with nearly that much.

So far in 2018, Saudi Arabia hasn’t bought any wheat from Canada.

As a desert nation Saudi Arabia imports hundreds of billions of dollars worth of food every year, so the plan — if it’s a serious threat — would presumably be to source grains elsewhere.

If that’s the case, Riyadh is likely to run into a problem: other countries don’t have much to sell right now.

The financial crisis of 2008-09 caused American farmers to plant less wheat, and farmers elsewhere in the world started planting more to take advantage and gobble up market share.

That all came to a halt this year, however, as crop yields and total acreage for wheat declined due to unfavourable growing conditions just about everywhere but North America.

Europe is on track to produce just 19.8 million tonnes of wheat this year, the lowest level since 2012. Germany is normally a wheat exporter, but has resorted to importing 400,000 tonnes of wheat to fill its own needs.

It’s a similar story elsewhere. “Dry conditions for seeding next year’s winter wheat crop extend from the southwest [Europe] Plains to France, though Ukraine and Russia are starting to trend wetter,” Bryce Knorr, a senior grain market analyst with Farm Futures, said in a recent note. “Now, a brewing El Nino warming of the equatorial Pacific threatens to slash Australian production by a third.”

Not surprisingly, that’s pushing up wheat prices. Canada and the U.S. are two of the world’s largest producers of wheat, and farmers on both sides of the border are seeing rising prices for their bumper crop.

The price of wheat in the agricultural trading hub of Chicago has risen by more than 20 per cent in the past month, and a bushel was changing hands for $5.78 US on Friday.

Analyst Dan Flynn, with the Price Futures Group in that city, says prices overseas, where the Saudis would presumably be buying their grains, are even higher. “The market tone remains bullish overall as world crops are still in trouble,” Flynn said. Wheat markets might get even more expensive in coming weeks, he said, due to the shortage of production in several major wheat exporting countries, such as Australia, Ukraine and Russia.

The Saudis are big buyers of barley, too, but in that case they have been a major customer for Canada’s product — the second-biggest in the world last year, with 132,000 tonnes. That’s well behind China, but ahead of even the United States. Much like with wheat, the Saudis have yet to buy any Canadian barley this year. 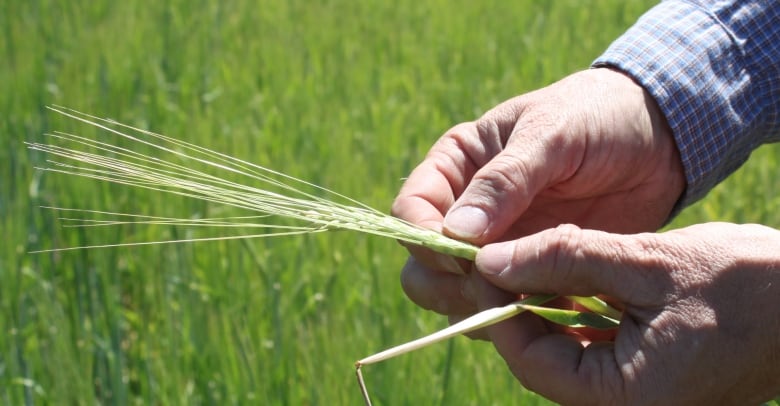 Barley like the kind shown here is primarily used as animal feed, but is also an important ingredient in beer. (Kate MacNamara/CBC)

Ordinarily, being a large customer would give a country more leverage, but that’s not the case for the Saudis this time around. That’s because one of the major uses for barley is as an animal feed, and many countries simply opt to use different crops such as corn, oats or sorghum to feed their herds when prices for barley get too high.

That over-reliance on barley is likely to backfire on Riyadh, just as it may in wheat, because poor harvests have caused the price of barley to spike almost as much.

“Our prices have actually just in the last month or so been rallying sharply, and that’s not going to change based on this news,” Penner notes, adding that the spot price for barley has risen by about 10 per cent in the past few weeks.

Which is why his assessment of the Saudi strategy is blunt.

“I think the Saudis picked a bad time to cut off a supplier,” Penner says. “They really don’t have a whole lot of other options.”

Pete Evans is the senior business writer for CBCNews.ca. Prior to coming to the CBC, he had stints at Report on Business, the Financial Post, the Toronto Star, Canadian Business Magazine and elsewhere. Twitter: @p_evans Email: pete.evans@cbc.ca Secure PGP: https://secure.cbc.ca/public-key/Pete-Evans-pub.asc