HalalFocus went online in 2007. Its Managing Editor is Salama Evans, a Halal specialist and advisor who has had a dedicated field of focus on the Global Halal market after recognising and anticipating the potential rapid rise in interest and demand for Halal products and services.

The goal is to keep people up to date with its growth globally to help move it forward to become mainstream, while it is still struggling to achieve its full potential. HalalFocus is a shared online filing cabinet of news, opinion, research papers, statistics, reports…anything we find useful…and now also including ethical issues that are relevant to the changing world today. SDGs must be recognised and worked towards urgently, especially in the African countries and their work in agriculture.

It was created as a useful contribution to following the growing Halal market movements around the world. There are now well over 7,000 articles in 70 categories, and it is updated regularly.

We are of the firm opinion that the Halal sector has become one of the most influential market forces in global trade, representing a paradigm shift that defines a new market based on religious belief and practice. Islam represents 25% of the world’s population now. In addition to this, with a 1.9 billion Muslim population base, Halal goods and services are proving to have an extensive potential cross-over market appeal.

From our own business experience, we know that governments, major corporations, SME’s, investors and entrepreneurs around the world are all increasingly recognising the scope, depth and breadth of this new market paradigm that crosses several different sectors including travel. It is an engine driving towards a new kind of commerce/eCommerce, lawful and wholesome, with a whole new customer base who want to live by their values.

We have done our best to keep HalalFocus current with changes in the Halal sector worldwide, to benefit this network, and beyond. It is our hope to enlighten people about the potential of the various sectors of the Halal market as a new growth area for their products and services. 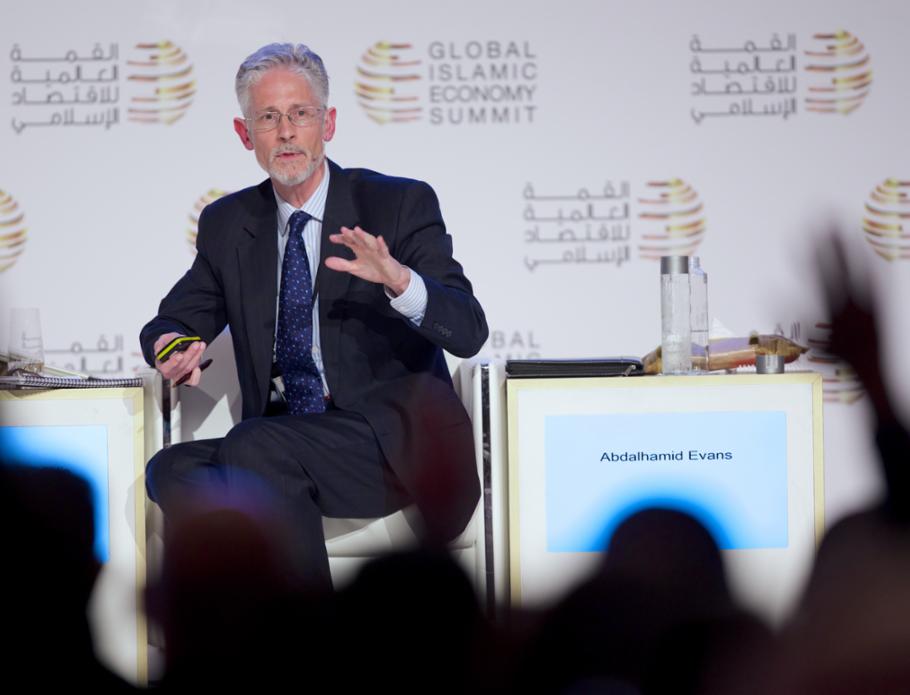 Abdalhamid Evans, was a guiding light and thought leader in the global Islamic Economy

On June 3, the world lost a visionary, a pioneer, who shared the dream of a harmonized global halal lifestyle and worked for it to take root across a unified Islamic Economy. Abdalhamid Evans was a guiding light and thought leader in the Islamic Economy who spoke gently and wrote from a clear perspective in a most gifted manner.

In 2003, Abdalhamid and Salama, his wife, made a life change to work in the Halal sector. They settled in Malaysia for seven years from 2003 to be at the center of the nexus of change and development for the halal movement in Southeast Asia. From there, they travelled extensively to Brunei, Indonesia, Australia, UK, South Africa, the U.S. and Canada, inspiring people to bring forward the halal sector.

Some Muslim-majority countries saw the step into the halal sector as a diversification from oil revenues so were ready to hear his vision for halal. During this time, halal changed from the focus on slaughtering of meat to include travel, clothing, pharma and every aspect of the supply chain.

Anticipating the rise of interest in the Islamic/Halal Economy, Abdalhamid and Salama perceived that more than 20 percent of the world’s population would desire high-quality halal products and services to meet their Islamic lifestyle needs. This figure has now gone up to 25 percent.

After attending a large Islamic Finance conference in Dubai in 2004 Abdalhamid decided they should hold a similar event for halal with the long-term goal of bringing the two industries together. He also helped start a magazine called The Halal Journal produced by KasehDia which was launched at the first Malaysian Halal Showcase MIHAS held in 2004. He wrote an analysis of the Malaysian Halal sector and its history starting from 2000 up to 2010 for the Halal Journal called ‘Malaysian Halal Sector – At a Crossroad’.

Abdalhamid went back to the International Islamic Finance Forum in Dubai in 2005 and presented a paper entitled ‘Halal food and Islamic Finance—Natural Allies’ It was a very new concept to an industry, though further advanced, was still having its own regulation issues.

With his wife Salama while working with KasehDia they then helped launch the pioneer global halal conference, World Halal Forum 2006, in Kuala Lumpur, where they convened industry professionals, and presented advanced concepts for expanding and regulating the halal industry.

Through the first World Halal Forum he became Co-Founder of the American Halal Association which produced a magazine called ‘Halal Connect’. He mentioned again this goal of bringing Halal food and Islamic Finance together in an article called ‘Lead Follow or Get Out of the Way’ in August 2010.

After leaving Malaysia, Abdalhamid and Salama traveled the globe representing their company Imarat Consultants as Halal Consultants, while maintaining an online presence with their HalalFocus website to keep the global community up-to-date with the progress being made in regulation for the halal sector.

They cultivated relationships with governments, and an array of manufacturers, primary level producers, media experts, and industry giants. They then went on to give their guidance for halal business development, driven by their market intelligence. They started to see their efforts take root country by country.

As multi-national companies grew, food processing technology, consumer goods manufacturers, and conventional financing seemed to overpower and threaten the interests of the common good. The farm-to-fork concept of wholesomeness and accountability, which was conceived in the 1960s and 1970s by the hippie generation, coincided with supply chain traceability and the current evolution of blockchain application.

Abdalhamid carried on to promote the vision of pastoral purity and tied it to the essence of the modern Islamic lifestyle and tech-advanced halal ecosphere through his writings and presentations at numerous international venues and newly-launched Muslim lifestyle shows in the UK.

After being the Consultant for Halal for the first Global Islamic Economy Summit (GIES) in 2013 in Dubai, Abdalhamid was witness to his strong recommendation for third party auditing of halal becoming a reality in the development of accreditation bodies in both UAE and Malaysia that are today making significant strides in regulating halal certification to help bring transparency to the halal ecosystem.

The love, honour and respect that people had for him, and the knowledge he gave to each of them individually still comes into Salama’s inbox from the global Halal community.

Abdalhamid was a creative, a scholar, and a visionary who shared his outlook for a healthier, more ethical and dignified life for all through his writings and eloquent speech. May he be rewarded and blessed for his service to the ummah.