Kuala Lumpur: Malaysia is set to become a hub for halal vaccines with the completion of formulation and fill-finish 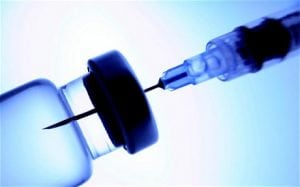 facilities built by AJ Pharma Holding Sdn Bhd, a subsidiary of Saudi-based AJ Vaccines Group, in the first quarter of 2018.

AJ Vaccines Group Chairman Dr Tabassum Khan said the company is currently dealing with some regulatory issues which should be resolved within the next few weeks.

“We will make an announcement soon. We are trying to make Malaysia the hub for Asia Pacific and the Middle East for these halal vaccines, most probably in January or February,” he said in an interview with local business radio station BFM on Thursday.

AJ Vaccines produces and sells vaccines from its production site in Copenhagen, Denmark.

Tabassum said the facilities with a gross development value of RM330 million would be located in Bandar Enstek, Negeri Sembilan and would employ between 400 and 500 people.

He said that the company acquired a global vaccine business in Denmark in February last year and brought the technology to Malaysia.

“We are currently developing vaccines for the Malaysian market and also for export markets such as Indonesia and Europe. The ratio is about 25:75 per cent,” he said.

The vaccines will not only cater for the Muslim market, but also non-Muslim, Tabassum said, adding that the company expects the halal vaccine market to be worth between US$1.3 billion (US$1=RM4.02) and US$1.4 billion by 2020.

AJ Vaccines is a part of the Al-Jomaih Group, which focuses on investments in the healthcare and biotechnology sectors in Malaysia and the region.

The group is among the top 10 conglomerates in Saudi Arabia, with a revenue about US$3 billion in the kingdom. – Bernama