As the Middle East grapples with rising rates of chronic lifestyle diseases, agribusinesses in Australia have been cashing in on demand for perceived safe and healthy food, according to a trade and business group.

A 2014 study published in the medical journal Lancet revealed that, while life expectancy in the region was increasing, rates of diabetes, obesity and heart disease were also on the rise.

In the United Arab Emirates, the Arab-Australian Chamber of Commerce and Industry (AACCI) believes the situation places Australia, which has an export trade with the UAE worth $3.3 billion, of mainly food and beverage products, in a good position to grow.

“China dominates the headlines, but I can tell you that looking at figures from the Australian Bureau of Statistics, the Middle East surpasses China in terms of exports of chilled meat (sales).”

The UAE recently appointed a new ambassador to Australia, Dr Obaid Alhairi Salem Alketbi, who has spoken to exporters around the country in an effort to boost trade into the Gulf Peninsula country.

It was a message received positively by South Australian company Greenwheat Freekeh, which already exports to Europe, Asia 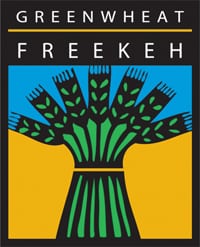 and the United States.

Managing director Tony Lutfi said with the demand for health foods rising it was time for his company to re-enter Middle Eastern export markets.

“We recognise that the UAE and indeed all the Gulf countries are a very substantial market where consumers are not price sensitive.

“They have money and so they are also looking for a healthier lifestyle and healthier foods.

“There is a huge epidemic of obesity and diabetes cardiovascular problems and freekeh addresses all of that, so there is obviously a clear need for a product like ours.”

Adelaide-based Philmac is an established player in the UAE, supplying municipal and irrigation water infrastructure for over a decade.

Managing director Mark Nykiel said much like Australia’s food and beverage exporters, Philmac was leveraging Australia’s reputation as an efficient water manager in the UAE.

“We can use the experience we’ve gained in the Australian market, and that is valued in the UAE, because they see that we are in a very similar situation from an environmental point of view.”

Because of these fears, he said Australian exporters were more likely to look to closer Asian markets when selling overseas.

“There is a huge epidemic of obesity and diabetes cardiovascular problems and Freekeh addresses all of that, so there is obviously a clear need for a product like ours.”

“The Arab world seems to be that distant place where there are lots of issues with politics and issues with security.

“I think the tendency is for Australians to look more at the safer low hanging fruit and I think China represents that, as well as our other Asian neighbours.”

But even with the falling oil price sending Arab economies into a tailspin, Mr Najar predicts food demand will remain high, and continue to grow.

“Australian food still has a big part to play in the Middle East, because the people who can afford it look to Australia and they rely on that quality.”

Mr Rboub said he wasn’t expecting recent investigations and controversy surrounding the certification of Halal food in Australia to cause any reputational damage, or cause a drop off in trade.