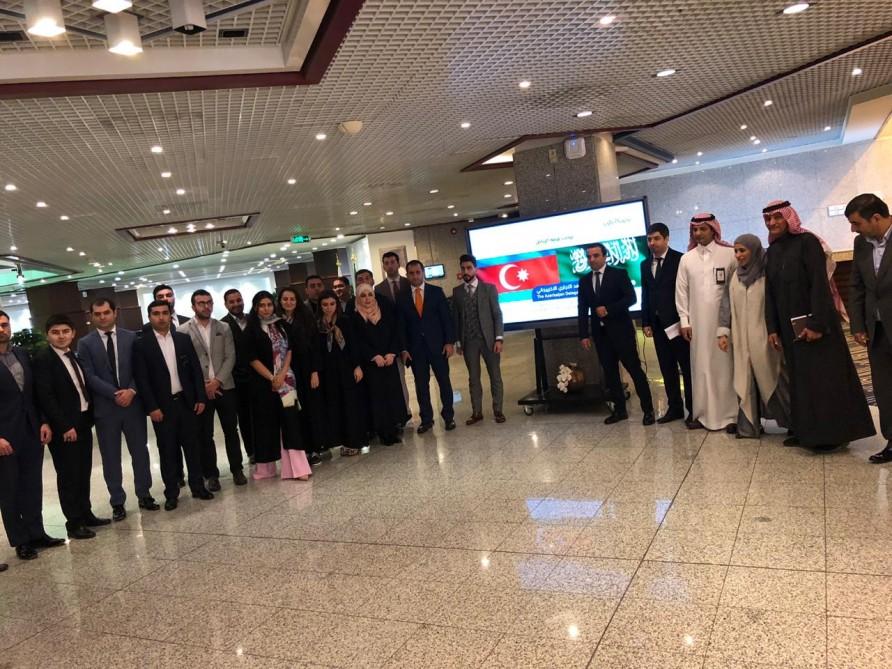 Recently, Azerbaijan Export & Investment Promotion Foundation (AZPROMO) organized the next export mission to Riyadh, capital city of Saudi Arabia, to promote Azerbaijani local products under the Made in Azerbaijan brand .

Saudi Arabia has shown great interest in the Azerbaijani products, especially in food and agricultural ones. Within the framework of the export mission, Azerbaijan’s Az-Granata and Saudi Arabia’s Al Rabie have agreed to cooperate.

Moreover, the sale of Confirm, Bolluk and Shirin companies’ products at Panda market network was discussed.

In addition, the sides considered the expansion of cooperation between tourist companies of Azerbaijan and Saudi Arabia.

At the other meetings held by Ambassador Shahin Abdullayev at the Chamber of Commerce and Industry of Riyadh, Saudi Arabia proposed to organize several export missions in the future, as well as to expand ties with the Azerbaijani companies (agriculture, tourism, real estate, industry, etc.).

According to the State Customs Committee of Azerbaijan, the trade turnover with Saudi Arabia for ten months of 2018 amounted to $ 15.476 million, which is 5.7 percent more than in the same period of last year. During the reporting period, Azerbaijan exported products for $727,000 to Saudi Arabia, while imports amounted to $ 14.749 million.

As many as 25 export missions are expected to be organized in 2019. Local entrepreneurs will participate in major trade fair in Russia, UAE and Germany in February. The new market at which Azerbaijan aims is South Korea, Azerbaijan will be participating in the food fair there in May 2019.

The export of non-oil products will stimulate the expansion of the Azerbaijani products and will further strengthen the non-oil sector’s share in the structure of the GDP, which is the main goal of the country’s leadership.