Zubair Mughal, CEO of AlHuda Centre of Islamic Banking & Economics, said at the Global Halal Brazil forum that some institutions in the region require Sharia-compliant sources of funding. 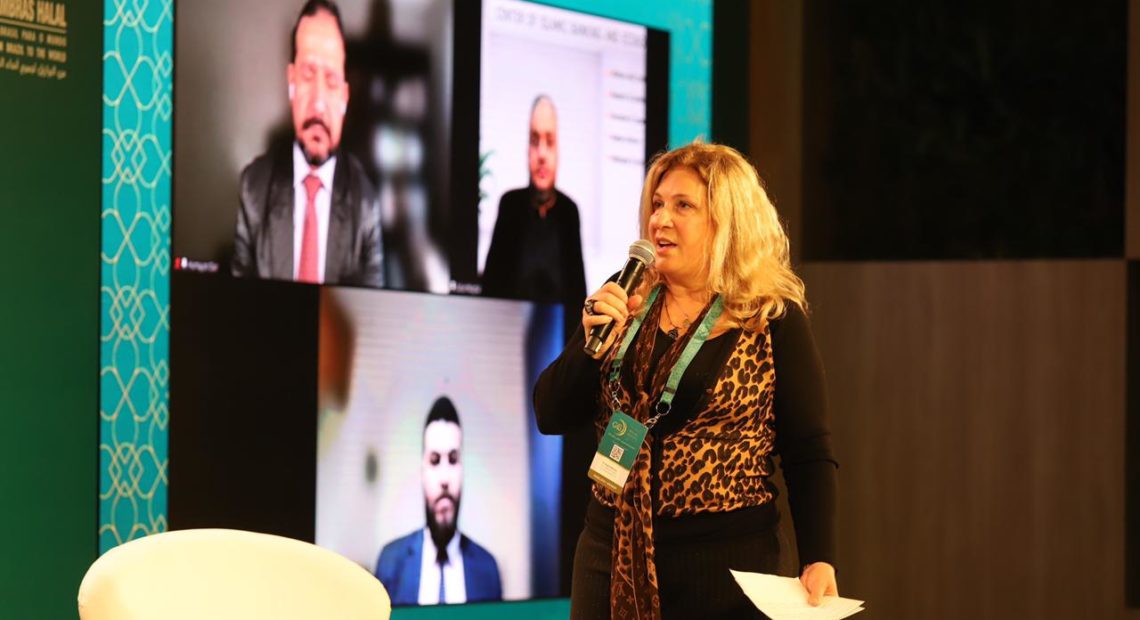 São Paulo – The Southeast Asia market has required that halal-certified products come from companies the use only Islamic funding. So said Zubair Mughal, CEO of AlHuda Centre of Islamic Banking & Economics (CIBE), which is affiliated with the International Islamic Microfinance Network (IMFN) and Pakistan’s Halal Research Council, on Wednesday (8) at the Global Halal Brazil business forum held by the Arab Brazilian Chamber of Commerce and the Federation of Muslim Associations in Brazil (FAMBRAS Halal). 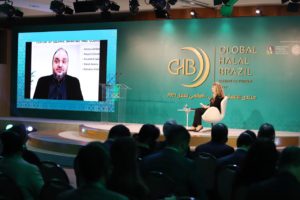 “In Southeast Asia, we’re facing some issues as some large institutions say that when we carry out the halal certification of any food or non-food item, we must check its sources of funding, too. If the funding is not Sharia-compliant or Islam-compliant, we must consider if the certificate should or not be offered,” Mughal said, participating in the event remotely. Sharia is the set of Islamic laws.

Brazil is a major supplier of halal items, particularly poultry and beef, but has not yet established Islamic finance. “I know that Brazil is one of the largest exporters of halal products, particularly poultry, dairy products, and beef. If we applied this principle to Brazil, sources of funding of halal manufacturers basically cut off a country like Brazil,” he said. Interest-based finance models are not allowed in Islam.

Mughal started his participation at the panel “Islamic Finance – How Its Growth Contributes to Improving the World Economy and Prospects for Investment in Halal in Brazil” by saying that there’s a difference between halal industry and Islamic finance. The halal industry provides markets with products fit for Muslim consumption. Islamic finance are Sharia-compliant financial instruments with principles like interest-free banking and risk-sharing finance.

More and more Islamic financing instruments are used for investing and funding halal production. In Brazil, the discussion on this finance is recurrent, but the country has no legislation regarding it. Moderating the panel, First Abu Dhabi Bank chief representative and Latin America country manager Angela Martins asked the participants to point some ways for Brazil in the sector. 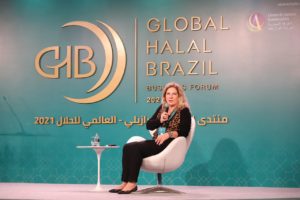 Martins said one barrier for applying Islamic finance in Brazil is double taxation on products like Sukuk. A sukuk is an Islamic financial certificate, similar to a bond. “Assets are purchase on a cash basis, then resold for a deferred time limit, but here in Brazil, if we set up something like this, we’d have a double taxation making this type of investment impossible,” she said.

Mughal said he believes sukuks could be an important instrument for investing in the Brazilian halal sector. He suggested Brazil could use Islamic fintechs as an option. “I know that in Brazil you don’t have a regulation facilitating Islamic finance, but having a fintech platform, with a limited use of products, could make it easier for the Brazilian halal industry to have access to this market,” he said. Martins added that a work has been done together with FAMBRAS and the ABCC to develop Islamic finance in Brazil.

The experts participating in the panel maintained that Brazil is a breeding ground for Islamic finance as it is one of the world’s largest producers and exporters of halal products and argued that these instruments could finance or support local halal industry, thus attracting investments from Islamic countries. In a panel of the forum on the previous day, Malaysia’s LBB International CEO & founder Marco Tieman explained how the Islamic markets are currently ranked in various stages of requirements, and that some look at factors like the use of Islamic finance in the halal supplying industry. 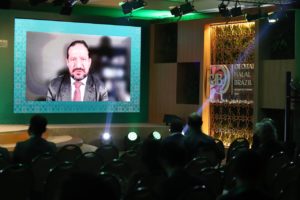 United Kingdom’s Cambridge Institute of Islamic Finance director-general Humayon Dar brought the experience of the UK to the panel. The Institute is a think tank that specializes in countries with developed Islamic finance. He said the UK has five Islamic banks and a large flow of capital from countries like the Gulf Cooperation Council (GCC) states and Malaysia. “The UK government has participated in Islamic finance industry for ages,” he said. Dar explained the topic is taught at universities and that the UKS has issued sovereign Sukuks, followed up by Luxemburg, Hong Kong, South Africa, and Nigeria. The director said that spreading knowledge in the sector is major and could be a path for Brazil. 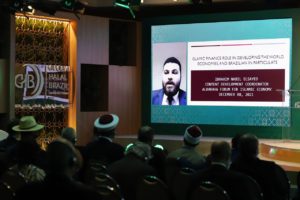 Al Baraka Forum development coordinator Ibrahim Nabil said Brazil has a promising future in Islamic finance. He talked about financial products focused on natural resource-based industries like mining, agriculture and oil extraction, which are sectors in which Brazil has much to offer. “Brazil is reaching USD 21.8 trillion in natural resources,” he said. Al Baraka is a think tank that holds a symposium on Islamic finance and works for producing, spreading and publishing knowledge on the matter.

Global Halal Brazil business forum took place from Monday (6) through Wednesday (8) in a hybrid format with the support of Trade and Investment Promotion Agency (Apex-Brasil), BRF, Pantanal Trading, Portonave, and Iceport. The in-person part was offered for guests in the Renaissance hotel in São Paulo.