With an expanding value-added processing industry and growing international interest, Brunei Darussalam’s halal sector has the potential to become a cornerstone of the Sultanate’s diversification efforts.

Thanks to the country’s long-standing focus on cultivating a strong international reputation for halal quality, investor appetite is growing for Brunei’s halal goods, ranging from traditional food products to cosmetics and pharmaceuticals.

As one of the earliest entrants to the global market, the strength of the Brunei Halal brand is due in 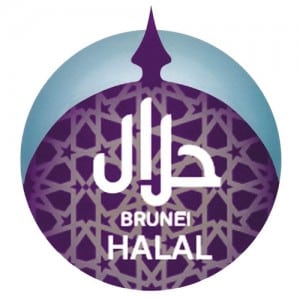 large part to close government oversight. Its certification system also has the advantage of a single accreditation body, under the umbrella of the Ministry of Religious Affairs, as opposed to the patchwork of religious institutions seen in many other markets.

Given Brunei’s relatively small domestic market for halal goods, growth opportunities for the sector have necessarily focused on international outreach to develop a value-added processing and export industry, tapping into the growing global halal market.

According to regional press reports, the worldwide halal food market is worth an estimated $1.1trn and is considered one of the fasting growing food segments globally.

In March Brunei invited investors from as far afield as China and the UK to take part in a $300m halal industry park, an initiative led by the Ministry of Industry and Primary Resources (MIPR) that is currently under development. The 500-ha park, located north-west of the capital Bandar Seri Begawan, is known as the Bio-Innovation Corridor (BIC), and forms an integral part of Brunei’s wider economic diversification strategy.

As Brunei’s halal certification focuses on oversight all along the production chain, the BIC is courting investors interested in importing food commodities and investing in local processing capacity, allowing finished goods to receive Brunei Halal certification and be exported to markets such as China and the wider ASEAN region.

According to the MIPR, the BIC will help promote more advanced research and innovation in the industry. “We are looking for international collaborators, in terms of R&D, co-investment and technology transfer,” Gary Ho, managing director of SQW China, the consultancy advising the Brunei government on the park project, told media in April.

The BIC will also benefit from a direct supply line to China, via the Brunei-Guangxi Economic Corridor, the product of an agreement signed last year that could see as much as $500m worth of investment in the park, according to local media.

While majority-Muslim markets like Indonesia, with its population of around 250m, are a natural fit for Brunei Halal products, demand is also growing in China, where halal certification is viewed as a guarantee of higher quality.

The sector is also pursuing a more diverse portfolio of halal goods, with the halal pharmaceutical industry in particular seeing several new product lines rolled out in recent months.

In June Simpor Pharma – Brunei’s first pharmaceutical manufacturer and a $26m joint venture with Canada’s Viva Pharmaceutical and other local investors – launched a new range of halal health supplements. While Simpor plans to focus on the domestic market initially, according to company officials the supplements are targeted for export further down the line.

June also saw an announcement from Neptune Bio-Innovations (NBI) Brunei, a joint venture between Sydney-based NBI and the Brunei government, that the company plans to launch a line of halal traditional medicines by 2017.

While investor interest and product diversification paint an optimistic picture for Brunei’s halal industry, officials say some structural corrections could be needed to allow the sector to reach its full potential.

The Brunei Halal certification is not recognised in some markets, which limits export competitiveness. Moreover, the need to obtain halal re-certification in order to export to different countries has been a substantial hurdle, especially for smaller producers. “That becomes the biggest hindrance (to companies that want to export),” Mustafa Adil, head of research and product development for Islamic finance at Thomson Reuters, told local press in June.

However, things appear to be changing, with major hubs like Malaysia and the UAE beginning to accept goods certified in other markets without requiring re-certification, according to Adil. Pehin Dato Yahya Bakar, minister of industry and primary resources, announced in March that government agencies were working to register the Brunei Halal brand in markets across the Middle East, Europe and ASEAN, with mutual recognition agreements already in place in Malaysia, Indonesia and Singapore.

Internationalising its halal certification has long been a policy priority in the Sultanate, with the government founding Brunei Wafirah Holdings in 2009 to serve as a gateway to Europe’s burgeoning Muslim population. The company’s facilities are located in the UK, where halal meat already accounts for around 15-20% of national sales.