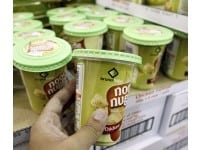 BRUNEI Halal brand is hoping to introduce European-made products in Asia under the brand name in future, as opposed to only having Asian manufactured products distributed in Europe, said the brand’s owners, Brunei Wafirah Holdings Sdn Bhd.

Feby Latip, general manager of Brunei Wafirah Holdings, said that the products made under the brand are manufactured in Asia and are only sold in the region, but the company is targeting a wider European scope where its subsidiary office in the United Kingdom will act as a sales and distribution platform.

Feby, in the Oxford Business Group’s (OBG) “The Report 2011” for Brunei, said that Europe is a “very self-serving and profit-orientated industry”.

“Consumers have little confidence in many of the halal products in stores due to the fragmented halal accreditation systems available,” she explained.

The GM said that halal meat sales in the UK make-up of 20 per cent but Muslims only account for three per cent of the entire British population.

Dr Mohammad Nazir OBE, chief executive officer of Brunei Wafirah UK in a separate report, said that the European demography is changing rapidly as the Muslim population is projected to exceed 58 million by 2030.

“Muslims today account for about six per cent of Europe’s total population, up from 4.1 per cent in 1990 and the size of tis market and forecasted trends strongly suggest that Europe represents a substantial opportunity for the Brunei Halal Brand,” he said.

The climate in UK and Europe is such that confidence in halal certification is being challenged, raising “serious questions” about the future of halal products.

“The halal meat sector in the UK is worth close to US$1.6 billion, but the supply chain remains fragmented at best and is open to abuse.

“Control over the supply chain from, from abattoir to distributor, will be critical in terms of delivering 100 per cent assurance to consumers of products that are branded Brunei Halal,” Dr Mohammad said.

The CEO said the infrastructure being set-up in Saltley Business Park in Birmingham, UK, will be the warehouse for the brand, and will ease the entry of the brand into the UK market.

Feby shared the same sentiments of European market, saying that it alone is “huge”, and highlighting that the halal food market in non-Muslim countries is substantial.

“Non-Muslim countries offer huge opportunities for halal food producers, and we see the UK as a gateway to Europe, where the market is fragmented and current reliable suppliers of halal brands and certifications can not meet the increasing demand.

Feby, however, stressed that the strength of Brunei Halal’s product branding is based on its certification system, which is recognised worldwide and has the advantage of a single accreditation body under Brunei’s Ministry of Religious Affairs.

“Whilst a number of accreditation bodies around the world have tried to replicate this system, ours is different as the ministry acts independently from our commercial entity,” she explained.

Feby added: “This difference has set the bar worldwide for us, and is something that distinguishes us from the rest.”

Due to Brunei’s small size, it is unable to manufacture its own food products on a large scale and are sourced from neighbouring countries.

“We rely on imports for much of our foods, so essentially our system is not new as halal as always been at the forefront of our religious responsibility,” she said.

Now, the brand merely has to take it to the next level by bringing it commercially to the world through a private label branding system that makes use of overseas companies and manufacturers from nearby, and beyond the region.