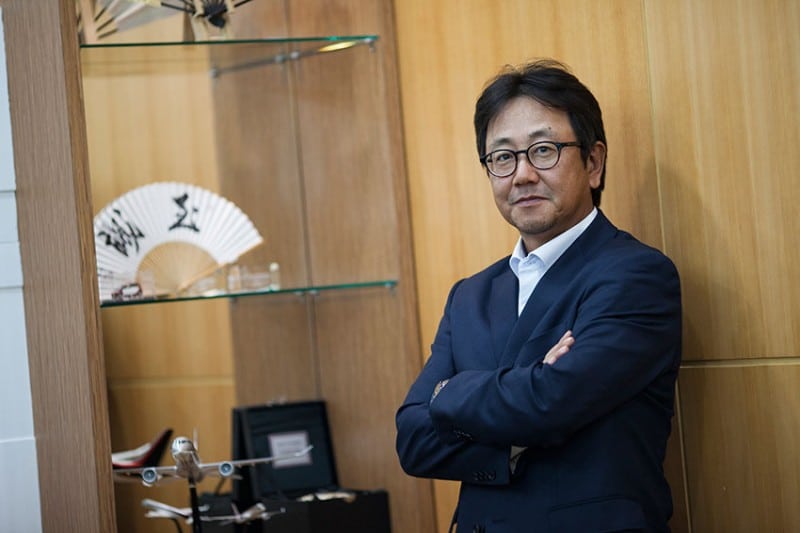 In this interview with The Worldfolio, Mr. Yuki Kaneda, Managing Director of MC Biotech, discusses the competitive advantages of the business climate that led the company to establish its operations in Brunei, as well as its potential move into the Halal cosmetics and pharmaceutical market.

With regards to the Life Sciences industry, we believe Brunei has several advantages, especially in terms of the environment: the air quality and water quality here suits our needs very well in growing microalgae. Apart from that, Brunei offered us very attractive tax incentives by giving us pioneer status, which exempts us from income tax for 11 years; we are also exempt from import duties, which really saved us a lot of cost on our side when we first began. There is also reliable manpower in terms of local graduates; and the utilities such as water and electricity are reliable and reasonable  cost-wise when compared to other ASEAN countries.

MC Biotech was incorporated in 2013, and in October 2016 saw the completion of the BND 20 million production facility – being the first commercial biotechnology facility in Brunei. How would you describe MC Biotech’s journey to date and what is next to come?

We found many advantages as we moved along, but since we rely primarily on the export market, the customers abroad must acknowledge what Brunei has to offer, and know where Brunei is. So one of the things we have been working on, is helping Brunei become more famous, and popular—by creating awareness of the clean environment, a nation that is safe and secure, the highly educated citizens, and a strong, stable government. All these factors were key factors in deciding to construct our plant here.

One of the challenges that we faced going through the research and development phase, was that once the decision was made to invest, we faced a lot of bureaucratic red tape in moving on to the next commercialization step. A lot of discussions had to be done, and we needed a long period of time to proceed with commercialization. However, we did feel that this has improved over the last year, because the government assisted us with getting the necessary permits and licenses to begin operations.

MC Biotech has also had support from DARe, a statutory body that aims to nurture and support local enterprises from the start-up phase. How have institutions like DARe served MC Biotech as a project?

DARe gave us a lot of networking opportunities, especially to support other companies in assisting our operations such as logistics; allowing us to easily import equipment, and export our algae to Japan.

We have been engaged not only in oil and gas, but also in livestock, solar energy, and so on. Based on these sustainable challenges, I believe that we have gained significant support from the government. We have also been recruiting capable and promising local Bruneians, and I was quite pleased to find a great number of CVs from young Bruneians who wanted to work together with us.

The Brunei Halal Certification mark is recognised globally as one of the most stringent certification processes and it’s considered to be one of the drivers of the nation’s future economy. Is this a niche market you expect to exploit? Which markets are you targeting?

We do want to target the Halal market. In fact, that was one of our main objectives when we first started this project – to have Halal products and supplements that everyone can take, especially, since we are making them in Brunei where the vast majority of the population are Muslims. Obtaining the Halal certification in Brunei—with is renowned for being firm and stringent—will boost the credibility of our products. It will convince people that this product is Halal, and safe to consume. Our main goal is basically to produce health supplements and functional foods for everyone to safely consume, and be healthy.

How important is innovation in MC Biotech? How are you looking forward to remain competitive at the different stages of the project?

At the moment, we are focused on using our Japanese technology; as it is already commercially proven, and we have managed to adapt it to Brunei. For example, in one of the steps, we have a certain quality to maintain—an Astaxanthin concentration of more than 4% is needed. That is one of the key targets we want to maintain and improve here. We always try to carry out research and development to increase Astaxanthin concentration, in parallel with operations. On top of that, we have also found local strains of the algae isolated in Brunei. We think that there is a potential use of those Bruneian strains for commercial purposes, because we did find some that could produce Astaxanthin and they must be fit to this climate. We’ll have to carry out more research on them first for the optimal conditions for growth and Astaxanthin production.

This form of micro-algae cultivation technology is not only applicable to Astaxanthin production, but the technology can be adapted to help alleviate future problems in food and even fuel. Microalgae is one of the potential sources for these two necessities—that is definitely our target for the future. Our plan for the future isn’t limited to the cosmetics, or pharmaceutical industry, but also to future food and fuel technologies.

What are the benefits of Astaxanthin and MC Biotech products?

Well, for Astaxanthin, it is one of the strongest antioxidants in nature and on the market. Based on that, a lot of studies have shown that it has anti-diabetic properties, anti-cancer properties, as well as provides benefits to the immune system, and in muscle recovery. So there is a lot of potential based on these studies, which I think has contributed to the success of Astaxanthin in the market.