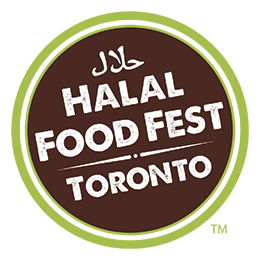 A lot of food festivals don’t survive early success. The first Halal Food Festival in 2013 was expected to draw 5,000 guests and 30,000 people showed up. Not surprising, given that the Muslim population in the Toronto area is about half a million. But that kind of overwhelming turnout can create a long-lined, food-shortage experience that turns people off. The good news is, organizers have solved a lot of those early problems.

“We’ve made a lot of adjustments over the five years to grow,” says organizer Salima Jivraj. “The flow is very important.” Families form the core audience for the event, and she’s figured out how to customize the space for them, with details like 20-feet-wide aisles (the standard is 10) a nursing area and lots of seating. “We’ve increased our kids area by 50 per cent this year, double what it was last year.”

As it’s grown, the festival has expanded beyond a homogeneously Muslim audience. Sponsorship comes from big brands like Redpath Sugar (the company avoids the common use of bone char in its refin 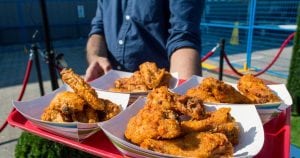 ing process). All food is halal, of course, with signage clearly identifying which meats are hand- or machine-slaughtered.

In addition to corporations like Maple Leaf, which caters to the growth market with their Mina Halal imprint, expect a slew of Toronto food businesses – Daddy’s Halal Ribs, the Holy Grill and Bombay Street Food – testing out new food ideas on the audience, as well as gluten-free baking demos, mocktail demos and a cake decorating contest.