A selection of quotes from Meccanomics by Vali Nasr, from the chapter entitled The Power of Commerce 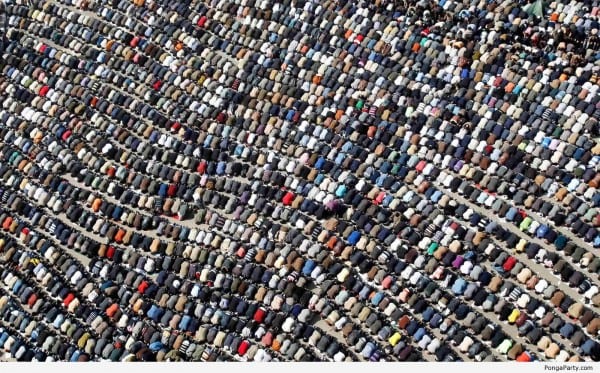 “A vital characteristic of this flourishing capitalism is that it goes so much hand-in-hand with the resurgence of traditional Islamic belief. Those who live by Islam also demand Islamic goods; not just Halal food and headscarves, but Islamic housing, haute couture, banking, education, entertainment, media, consumer goods, and even vacations.

“This upwardly mobile class consumes Islam as much as practicing it, demanding the same sorts of life-enhancing goods and services as middle classes everywhere. Their preference that those goods have an Islamic flavour makes Islam big business. A booming economic sector around the region is catering to this exploding demand, and these rising Islamic consumers comprise as much as one sixth, spread from Morocco to Malaysia, with notable toe-holds from Detroit to Dusseldorf, and Sao Paulo to Singapore.

“Westerners are easily dazzled by the size of China’s economy, the speed of its growth, and the room it has to expand. In recent years, India’s economy has also made remarkable strides. Thinking of the notional ‘Muslim world economy’ provides and interesting basis for comparison. The global Muslim population of a billion-plus is about the same size as both India and China’s populations. In 2008, the GDP of the economies of the largest countries in and around the Middle East–Egypt, Iran, Pakistan, Saudi Arabia and Turkey, with a combined population of 420 million–was $3.3 trillion, the same size as that of India, which has three times the population.

“The bottom line is: a billion consumers have clout. Across economies as diverse as those of Mali, Dubai and Indonesia–and outside the Muslim majority countries, in Muslim diasporas–the demand for Islamic goods and services is strong and growing, and it has already created waves in global markets.”

Quoted from Meccanomics by Vali Nasr, from the chapter The Power of Commerce

To hear the deeper business conversation around this topic, register for the Global Islamic Economy Summit