European muslims represent a very significant, well-educated and conscientious part of the population in 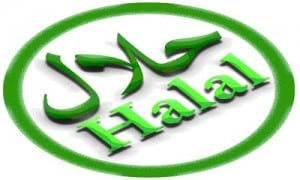 European countries. They play an active role in implementing different Halal activities as they are active members of several global Halal organisations. But still there is not any form of pan-European organisation of Muslim stakeholders for Halal. Following different discussions, it has been realised that there are enough points which represent common understandings and agreement on most of the important Halal issues between European Muslim stakeholders.

Having that in mind, the first meeting of the ‘European Halal Initiative’ was held on the 31 January, in The Hague, Netherlands, as a platform to:

Notes from the Meeting on the ‘European Halal Initiative’

In the light of recent activities to change current practices in the Halal sector with the presentation of new initiatives regarding Halal standardisation, certification and accreditation, a group of European Muslim Halal stakeholders identified the need to create a unified platform to improve Halal activities in Europe.

The necessity of the following points were agreed upon:

The European Halal Initiative is open for representatives of muslim organisations and prominent muslim individuals from Europe, as well as other governmental and non-governmental organisations within Europe and outside, who share the same understanding of Islamic and Halal principles.

Participants at the first meeting were chosen from a selection of key institutions because of their individual engagement and overall contribution to the Halal industry in Europe.