Reuters: A European Union stipulation that ritual slaughter must take place in slaughterhouses does not curb 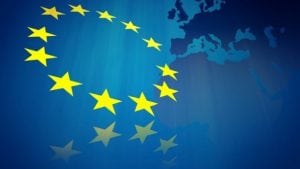 The opinion by European Court of Justice Advocate General Nils Wahl concerns the use of temporary slaughterhouses established and approved in the Belgian Flemish region each year for the Islamic Feast of the Sacrifice, or Eid al-Adha.

Temporary plants were set up for the three day festival to meet the increased demand for ritual slaughtering.

Several Muslim organizations and mosques complained that this infringed their right to religious freedom because there were not enough plants to meet the high demand.

Wahl has said that EU legislation requiring ritual slaughtering to be carried out in approved slaughterhouses is a neutral rule that does not discriminate based on religion.

“The obligation to ensure that all slaughter locations are approved… is perfectly neutral and applies to any party that organizes slaughtering,” a news release of Wahl’s opinion said.

“Legislation that applies in a neutral manner, with no connection to religious convictions, cannot in principle be regarded as a limitation on freedom of religion.”

Wahl said it was not for the court to decide if stunning animals before slaughter was prohibited in the Muslim faith.

“EU law strikes a balance between the right of freedom of religion and the requirements for the protection of human health, animal welfare and food safety,” Wahl argued.

The case comes as the Belgian Jewish Community this week filed a lawsuit against a law passed in May by the Belgian French-speaking region of Wallonia banning the kosher slaughter of animals.

Flanders, where half of Belgium’s Jews live, passed a law outlawing religious slaughter in July, which includes both kosher and halal slaughter.

Wahl is one of 10 advisers to the ECJ, the European Union’s top court. ECJ judges tend to follow the advice given by the advocate general, but they are not required to do so.

A final decision on the case is not due for several months.