Europe’s top court has backed a ban in Belgium on the slaughter of animals that had not been stunned. Jewish and Muslim groups have warned this may curtail religious freedom. 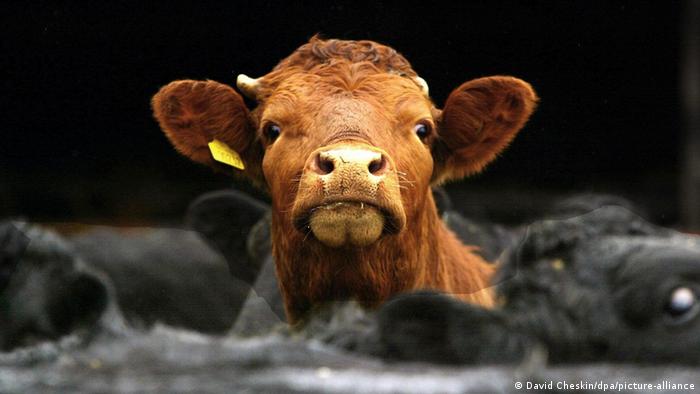 Animal rights activists had pushed for the ban, which could prevent both kosher and halal ritual slaughter

The European Court of Justice (ECJ) has ruled that EU member states could legally ban stun-free slaughter, despite initial opposition from religious groups.

In 2017, the Flemish region of Belgium prohibited the slaughter of animals without reversible stunning beforehand. Jewish and Muslim groups in the country challenged the legislation, citing freedom of religion.

Thursday’s ruling stated that “the principle that an animal should be stunned prior to being killed meets the main objective of the protection of animal welfare.”

A violation of religious freedom?

Initially, Jewish and Muslim associations in Belgium said a ban on stun-free slaughter would violate the right to religious freedom, which is guaranteed in the EU Charter of Fundamental Rights. Such a ban would make kosher or halal slaughter impossible, they said. These dietary practices require livestock to be conscious when their throats are slit.

“The effect of this law is, in essence, to prohibit the slaughtering of animals by means of traditional Jewish and Muslim rites and to require that such animals be stunned prior to slaughter in order to reduce their suffering,” said a statement made ahead of the ruling.

But the ECJ found that the regulation was only limited to “one aspect of the specific ritual act of slaughter,” and that the slaughter itself was not prohibited. It added that the law allowed for a “fair balance” between animal welfare and the “freedom of Jewish and Muslim believers to manifest their religion.”