The Gambia Standards Bureau (TGSB), in collaboration with the Ministry of Trade, Regional Integration and Employment Monday began two-day workshop on ‘Halal’ food in The Gambia, held at Sheraton Resort and Spa. 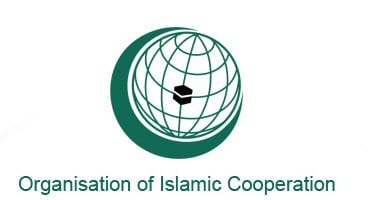 Funded by the standing Committee for Economic and Commercial Cooperation of the Organisation of the Islamic Cooperation (COMCEC), the capacity building targets government policy makers, regulatory agencies, academic institutions, the private sector, trade and professional associations and consumer organisations

It aims to sensitise and improve the overall understanding of ‘Halal’ issues, current trends in global ‘Halal’ trade and its importance within the context of OIC multilateral cooperation.

The Arabic word ‘halal’ means permitted or lawful. ‘Halal’ foods are foods that are allowed under Islamic dietary guidelines.

Various speakers from their partners in the Turkish Standardisation Institute (TSE) and the Association Senegalese de Normalization (ASN) of Senegal shared their experience and exchanged valuable information with stakeholders in the country.

The speaker of the National Assembly of The Gambia, Hon. Abdoulie Bojang, noted that after the necessary review at COMCEC, three projects were approved for funding in the sectors of trade, finance and tourism.

The Gambia is one of Africa’s smallest countries and unlike many of its West African neighbours it has enjoyed long spells of stability since independence.

President Yahya Jammeh seized power in a bloodless coup in 1994 and has ruled with an iron fist ever since.

Stability has not translated into prosperity. Despite the presence of the Gambia river, which runs through the middle of the country, only one-sixth of the land is arable and poor soil quality has led to the predominance of one crop – peanuts.

This has made The Gambia heavily dependent on peanut exports – and a hostage to fluctuations in the production and world prices of the crop.

Consequently, the country relies on foreign aid to fill gaps in its balance of payments.