originally posted on www.dinarstandard.com on November 3, 2008 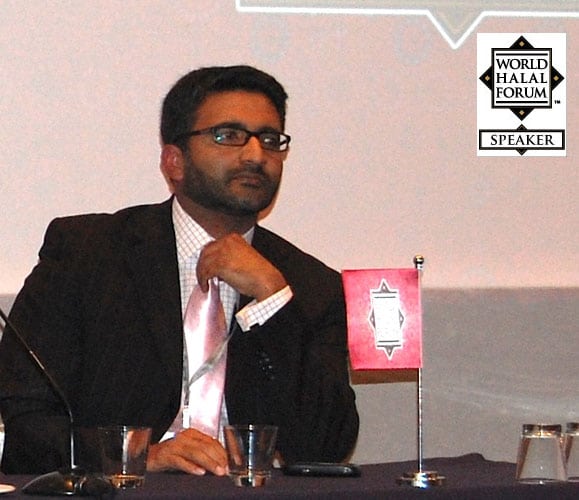 According to a recent report from Oxfam, a global non-governmental organizations working to fight poverty, prices of staple foods have seen increases ranging from 30 per cent to 150 per cent in 2007 and 2008. The impact of which, according to the World Bank, has increased the number of malnourished people worldwide by 119 million in 2007 and 2008 bringing the total to nearly one billion people (967 million) worldwide.

From Egypt, Indonesia, Bangladesh, and Sudan, to Pakistan–many Muslim majority countries are facing some of the worst pains of this global crisis. For example, Oxfam’s recent report, “Food Crisis in Pakistan: Real or Artificial”, says the number of poor in the country has risen from 60 to 77 million since 2007 because of food inflation. In fact food related riots have been seen in many of these countries. Ironically, it’s these same economies which are some of the most agriculturally endowed in the world.

Conversely, the oil-rich Muslim majority states of the Arabian Gulf have become the biggest beneficiaries of the other global crisis – the energy shortage. Record revenue windfalls have eased the impact of the food crisis in these countries. As these Gulf and other oil rich Muslim economies look to invest their revenue windfall towards domestic infrastructure and industrial rehauling-the agriculturally endowed, yet poorer Muslim world economies provide a unique investment opportunity for them.

This analysis looks at how the oil-rich Muslim economies could leverage their existing relationships with agriculture based Muslim economies (which have a wide productivity gap with the worlds net agriculture exporters) taking them to globally competitive levels; reaping for themselves high investment returns, securing their own food sources, and contributing to alleviation of the food crisis from other Muslim countries.

The Impact and Drivers

We are all feeling the pinch from rising food prices. For us-the fortunate ones – who can afford internet access and read magazines– the food crisis may translate into eating out less, or cutting down on buying expensive groceries. However, for approximately 2.7 billion of the world’s population who spend 80% of their income on food (source: Oxfam)-this is serious. In Pakistan, the poorest one-fifth of the country’s population spends 50 to 58 per cent of its income on buying cereal foods alone. The skyrocketing wheat prices, therefore, becomes a matter of life and death for the extremely poor.

This dramatic spike in food prices has been attributed to various complex and interlocking reasons. Growing global demand (particularly from large, emerging economies such as China and India), unfair world trade rules, skimpy wheat harvests, speculation in the commodities market, increased use of farmland to produce bio fuels (to offset high fuel prices), years of neglect in investing in agricultural sectors, and climate change are all playing a part.

Another significant contributor is the growing global demand for products like meat and grain, and a corresponding lack of supply. Years of under-investment in agriculture in poorer countries, and unfair trade rules and farming policies that benefit rich countries, also contribute to this negative impact.

“The real matter to my mind is growing consumption – whether it is food or energy. We need to cut down wasteful consumption,” said B.G. Vergese, a noted Indian economic analyst.

The objective of this article is not to analyze the reasons of the crisis, since broadly it all boils down to supply and demand disparities. Rather, our focus is to concentrate on the unique opportunities in the market.

Many of the 57 OIC (Organization of Islamic Conference) member countries are agriculture centered economies producing a major portion of the world’s food commodities. As shown in the table below–Indonesia, Pakistan, Turkey, Iran, and Egypt have the biggest agriculture outputs within the Muslim world (by GDP – PPP contribution.)

[3]Most of these top agricultural based economies are also some of the poorest and hardest hit by the food crisis. Within the ten major agricultural Muslim world economies, Bangladesh, Sudan, Nigeria, Pakistan and Indonesia have the lowest GDP Per capita (PPP.)

An Opportunity to Lead

While these are some of the poorest economies in the world, they stand to benefit greatly from a growing demand for food. In Indonesia, according to Oxfam, the price rises have offered a huge opportunity for palm oil exports: these increased by 55 per cent in 2007, making palm oil the country’s biggest revenue-generating export, surpassing even copper, coal, oil, and gas. At the same time, Indonesia being a beneficiary of the booming bio fuels sector is experiencing a soaring price of local cooking oil, making everyday life very difficult for its people.

The low value productivity has been attributed by various agencies to under-investment in the agricultural sector, government mismanagement, and not being able to attune the agricultural practices to the developing world.

Thus the number one opportunity is for these very countries’ public and private sectors to commit to agricultural development and lead the world in fulfilling global food demand.

The total population of the six members of the Gulf Cooperation Council (GCC) – Bahrain, Kuwait, Oman, Qatar, Saudi Arabia and the UAE – rose from around 30 million in 2000 to more than 35 million in 2006. GCC food imports cost 10 billion dollars in 2007 where Saudi Arabia, with a population of about 24 million, remains the largest food importer. As the table above shows, the GCC countries that are looking to diversify their investments can contribute and benefit greatly by investing in the great agricultural sector potential of the Muslim world economies. This also will help them secure their own food supply needs.

There are certainly indications that the Muslim world is taking some actions to tap into the above stated potential.

At the Government level, recently, the 57 nations of the Organization of the Islamic Conference have come together to cooperate on increasing food production. Kuwait’s Deputy Prime Minister Sheikh Dr Mohammad Sabah Al-Salem Al-Sabah has recently said that Muslim countries were the most gravely affected by developmental challenges, namely global inflation and shortages in the world’s food reserves.

This has compelled the Kuwait Government to launch several initiatives such as Kuwait’s “decent living” fund. The Amir of Kuwait has donated $ 100 million to establish the fund for “decent living” in Muslim countries, and another $ 300 million to the Islamic Development Bank’s (IDB) Poverty Fund.

Meanwhile, the Islamic Development Bank (IDB) has also pledged USD 1.5 billion toward addressing the food crisis in its poorest member countries. The package, known as the Jeddah Declaration, will be disbursed over a 5-year period and will include short, medium, and long-term programs to deal with the crisis.

Faced with a scarcity of fertile land, water shortages and surging world food prices, the GCC states are seeking to secure their food supplies by investing in agriculture abroad. Saudi Arabia and the United Arab Emirates, the top food importers among GCC countries, are now looking to Asia and Africa as opportunities for agricultural investments.

On the private sector side, it seems that many GCC companies are looking at establishing agricultural ventures in other nearby countries.

One reported UAE project to develop more than 70,000 acres (28,328 hectares) of arable land in Sudan is in line with this strategy. Being Africa’s largest country, it has abundant water resources including the Nile River, the world’s longest river. However, Sudanese agriculture remains massively underdeveloped, although it employs 80 percent of the workforce, with much of the population reliant on subsistence agriculture.

Egypt and Pakistan have also been targeted by Saudi Arabia and the UAE for food projects.

Some recent transactions/ initiatives are as follows (Source: http://www.grain.org/go/landgrab):

Envisioning a food market to the world

There are certainly many, many challenges in improving the productivity of the agriculturally endowed Muslim world economies. Ineffective management of water resources, soil fertility; in effective access to markets, credit and input; and lack of R&D are all known hurdles.

However, given the already existing strong relationship of the GCC countries with agriculturally endowed Muslim world economies and the investment pool available, the GCC countries can play a leadership / innovative role. With a coordinated investment strategy they could support government driven infrastructure initiatives as well as investing in individual farming practices resulting in securing their own food supplies as well as investment returns.