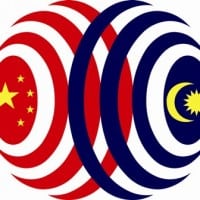 The products wil be distributed in areas with a large Muslim population by Beijing Hualian Group Supermarket and Lianhua Group, which have a network of 106 and 6,000 supermarkets respectively.

Nearly 40 per cent of PPIPBM’s 1,500 members are export-ready and have ventured into the Middle East market, Ramlan said, adding at least 26 Malaysian firms will be bringing their food and beverage products into China, a process expected to take up to two months.

From January to March this year, Malaysia-China trade declined to US$13.67 billion from US$14.74 billion in the same quarter in 2014.

“However, we are still at the discussion stage, we will decide on the location and time frame to execute the plan.

“The slower economic growth of seven per cent in the first quarter indicated that we need to be more aggressive, expanding overseas as well as working with companies from other countries to grow the business, and we came here to work with Malaysian companies,” he added.