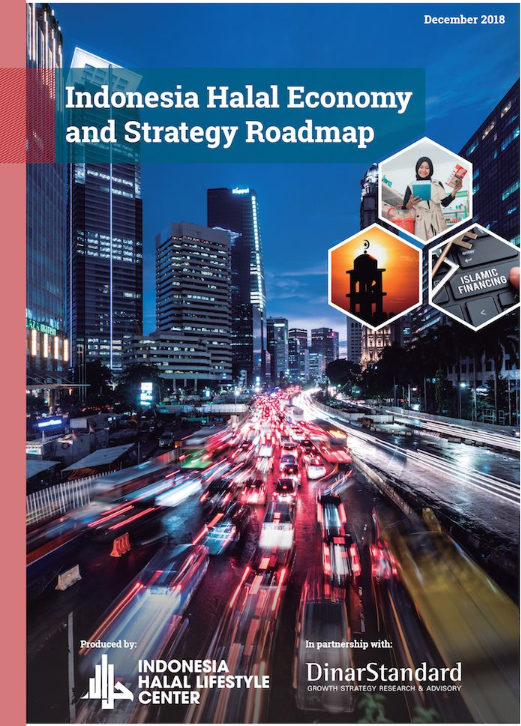 The Report highlights clear opportunities for significant growth given Indonesia’s current exports represent only 3.3% of global Halal economy related exports that were $249 billion in 2017.  Overall, Indonesia can further boost its economy by $3.8 billion in GDP a year and attract $1 billion in FDI which is estimated to translate to 127,000 new jobs annually.  A National Halal Economy Development Framework is leveraged to identify focused areas of opportunities to boost exports and import substitution while strengthening key enablers of government support, operational competitiveness, and Islamic finance and investments engagement.

Sapta Nirwandar, Chairman of Indonesia Halal Lifestyle Center said, “We are proud to present an actionable guide for Indonesia’s industry to boost their growth through the fast-growing Halal economy.  We have linked it closely with Indonesia’s overall national economic growth goals. Five of the 22 core sectors highlighted in Indonesia’s long-term plan are Halal economy related sectors which can contribute 0.5%-1% of annual GDP growth.  With the upcoming election, regardless of which candidate wins, this Report’s insight will serve as a key contribution to the national economic growth plans.”

Rafiuddin Shikoh, Managing Director of DinarStandard said, “Today nations that are actively driving Halal economy development, such as Malaysia, UAE, Thailand among others are doing so despite being smaller in GDP and having significantly lower Muslim populations than Indonesia.  Indonesia has substantial potential but is yet to address a clear Halal economy proposition. Now is the time for Indonesia to correct this imbalance and take a leadership position in a fast-growing, under-addressed global business opportunity.”

The Report lists prioritization of 26 sub-sectors with most opportune target markets for Indonesia’s Halal economy producers.

The purpose of the project is to inspire and empower stakeholders across Indonesia – business leaders, entrepreneurs, government officials, and industry bodies to evaluate and develop a high impact, comprehensive and actionable market strategy that addresses the global Halal Economy opportunity.

The global Halal Economy spans Muslim spend across lifestyle categories most impacted by their faith- based values, from food and clothing to travel, pharma and cosmetics, and totaled $1.8 trillion in 2017, according to the State of the Global Islamic Economy (SGIE) Report produced in 2018 by Thomson Reuters in collaboration with DinarStandard.